Uruguay vs Colombia: will the Charruas beat the Cafeteros again? 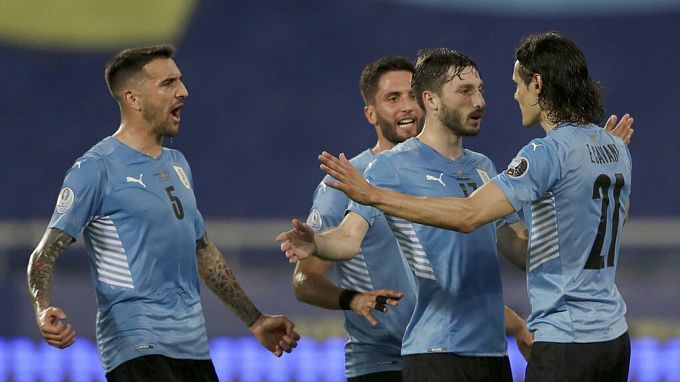 Uruguay will face Colombia in the quarterfinals of America's Cup 2021. This will be a very important match. Colombia may not have won many titles, but the Cafeteros have one of the strongest and most expensive lineups in the tournament.

The Uruguayans started the tournament regularly, to put it mildly, with a 0-1 loss to Argentina and a 1-1 draw with Chile. The Charrúas continued quite aggressively, with two dry victories over Bolivia 2-0 and Paraguay 1-0. Thanks to these two victories, the Uruguayan team took second place in Group A, ahead of Paraguay, Chile, and Bolivia, but missing out on Argentina. In four games Uruguay scored 7 points,  with 4 goals in this period. It should be noted that this team's players are quite old; practically for all top star players of this team, it will be the last Copa America in their career. So there is no need to talk about the high motivation of the national team of Uruguay.

In comparison to the Uruguayans, the Colombian team started well but did not continue in a strong way. In the first round, The Cafeteros beat Ecuador 1-0 with a minimum score. In the second round, they drew with Venezuela 0-0, and after that, they lost to Peru and Brazil with the same score of 1-2. Playing against the Brazilians, especially in their field, is very hard and it is not a shame to lose, but the defeat against the Incas raises questions. On the other hand, the Colombian team will face Brazil, the strongest opponent at the tournament, not earlier than the finals, which is also important to take into account.

Once again, note that the Colombian team is quite a convenient opponent for Uruguay throughout history. Now the Colombian team, despite a fairly decent squad, is far from its peak. In contrast, the team of Uruguay, at the Copa, is noticeably gaining strength. We think that the Charrúas will manage to get through to the next round of the continental championship; we won't be surprised if the Uruguayans beat the Colombians in regulation time. Here are our picks: W1 for 2.35, Total Under 2.5  for 1.44, Uruguayan Goal In Both Halves for 3.25.