Uruguay vs Paraguay: Before the playoffs, these teams won't be particularly stressed 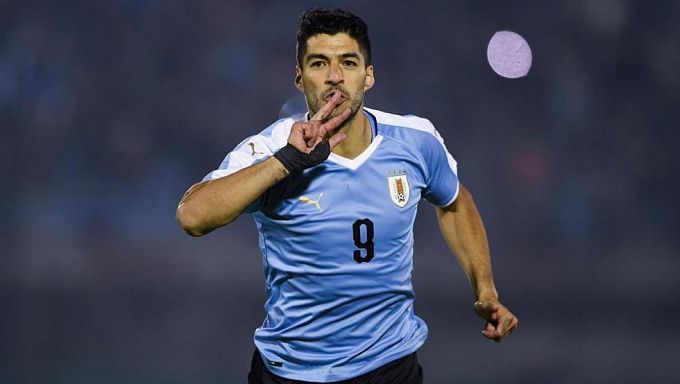 At Copa America, the group stage ends, which, in general, did not bring any unexpected results. In fact, before the final round in Group A, the four participants of the playoffs are already defined, and the final seeding remains to be solved. The Uruguayan national team must not lose to Paraguay under any circumstances. Otherwise, the team Oscar Tabaresa will be forced to meet in the 1/8 finals with the favorite and host of the championship - the super-strong Brazilian national team.

Is Uruguay distributing its forces to play from a distance?

The superstar squad of Uruguay, led by coaching legend Oscar Tabarez, is again among the main favorites for Copa America. The semi-finalists of the World Cup 2010, and today's squad, represented by Godin, Caceres, Suarez, Cavani, began working together then, has only one title of the continental champion. In 2011, the Uruguayans confidently defeated Paraguay 3-0 in the final. Then - two losses in the quarterfinals and one failure to qualify from the group. Will the many honored veterans, for whom this year's Copa may well be their last, be able to play correctly Why not set their sights on repeating the success of 2011?

Before the last round, Uruguay with 4 points is only the fourth in the group. The Celeste team lost minimally to Argentina, exchanged goals with Chile, and coped with the national team of Bolivia 2-0. All is not bad - in the last round we just need not lose. A draw will put Uruguay in 3rd place, while a win will put them in 2nd place. The level of opponents in the quarterfinals will not change much, and in the semifinals, one way or another, we'll have to meet either Argentina or Brazil. Is there any right option here?

Paraguay is set for success

Like the Uruguayans, the Paraguayan team can only look back on 2011. That tournament final was the Red and White's best performance at the Copa America since 1979. Who knows, maybe Paraguay will finally shoot at this tournament? Eduardo Berizzo's team got off to a great start. They lost 0-1 to Argentina, but have two victories: 3-1 against Bolivia and 2-0 against Chile in the match of the previous round. This defeat could leave the Chileans in 4th place, that is, in the victims of Brazil's national team in the quarterfinals.

Overall, the Paraguayan team is not remarkable. It is an organized, well-coached team, led by midfielder Miguel Almiron of English Newcastle. For the rest of the team, Paraguay is made up of players from South American championships.

The Uruguayan team undoubtedly counts on a long tournament. Therefore, Oscar Tabárez's team hardly cares where they will leave the group. The only important point, perhaps, is not to remain in the 4th position to avoid early problems. In any case, in the semifinals, they will have to cope with Argentina or Brazil. Moreover, the Uruguayans could be an insurmountable obstacle for both favorites. In the playoffs, thanks to the experience and proper preparation, Uruguay is able to play at a prohibitive level.

Paraguay, on the other hand, is nothing extraordinary. The Chilean defeat is a problem only for the Chileans, who once again demonstrated their current not high level. To stop Paraguay, you just have to stop Almiron - in the match with the Chileans, the Newcastle midfielder converted a penalty and gave a goal. A great player. But the Uruguayans have seen more than that Almirón.

Prediction - Uruguay will claim victory, but probably will not mind a draw, if something goes wrong.