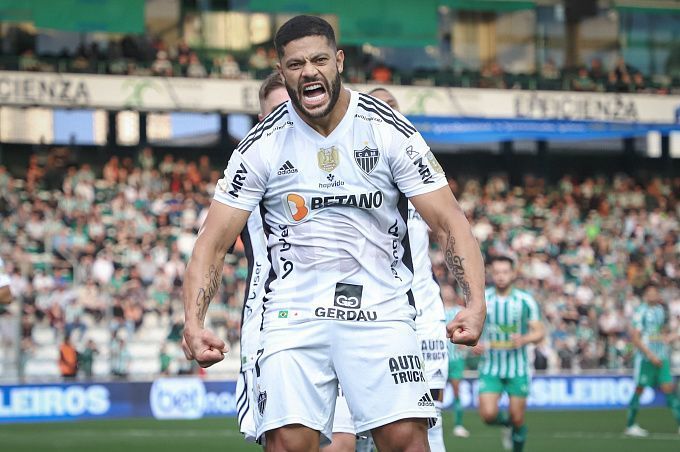 After the draw in the first round against Emelec, Atlético Mineiro won the Brazilian league game against Juventude (2:1), moving three points closer to league leader Palmeiras. After 15 rounds, Atlético Mineiro sits third with 27 points. The Galo approaches the match against Emelec with a 7-match unbeaten streak. Interestingly, in the group stage of the Libertadores Cup, the Roosters played worse on home soil (a win, a draw, and a defeat) than away (two wins and a draw). However, their home stats will likely improve in the playoff round.

Emelec has a 3-match unbeaten streak, but after their first game against Atletico Mineiro, the Ecuadorian side has not played. The first match of the local championship has already finished. Emelec finished second in Group A, behind only Palmeiras, South America's strongest team. On the road, Emelec drew with Independiente Petrolero and beat Deportivo Táchira but lost to Palmeiras.

There is little doubt that Atletico Mineiro will win at home. Lately, the Galo has been playing well at home, beating Fortaleza (3:2) and, before that, beating Flamengo with scores of 2:0 and 2:1. Emelec also understands that it will be difficult for the Ecuadorians not to concede against Galo, in which case the visitors will have to score. We expect a reasonably productive game with goals for both sides and a final win for the home side.