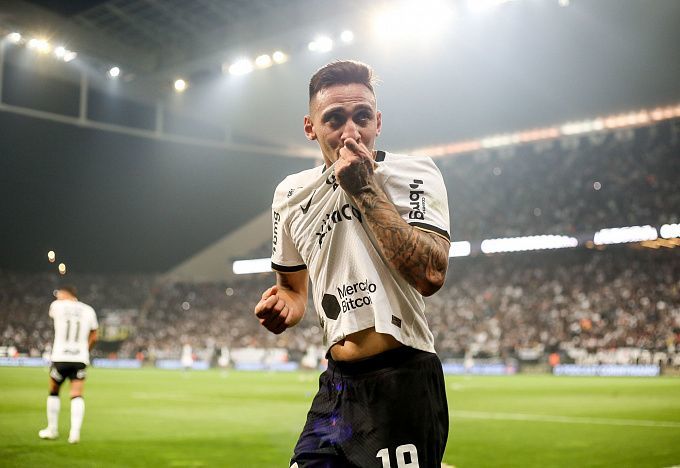 The Copa Libertadores quarterfinals will open with two Brazilian teams: Corinthians will take on Flamengo in São Paulo. Despite the home advantage, bookmakers believe the Scarlet-Black to have the best chance to win the upcoming game.

Corinthians are doing very well in the Brazilian championship. They have a three-match winning streak, which allows Timão to take a confident second position in the championship standings. The gap from the leading Palmeiras is 4 points. However, Corinthians lost the first quarterfinal of Copa do Brasil to Atlético GO 0-2 on the road. It is obvious that it would be extremely difficult for Timão to get to the semifinals, which makes Copa Libertadores even more important a tournament for the club from São Paulo. It's also important that Corinthians beat Flamengo 1-0 at home three weeks ago, but despite that, they are regarded as the underdog in the upcoming meeting.

Just after the defeat against Corinthians, Flamengo started their unbeaten streak, which already counts six matches. In this period, Mengão defeated Atlético Mineiro in Copa do Brasil, drew with Athletico Paranaense, and beat Coritiba, Juventude, Avai and Atlético GO in the championship. Fla have noticeably improved their position in the standings. It will be extremely difficult to fight for the title, given the failed start to the season. However, Scarlet-Black is only one point behind Athletico Paranaense, and the latter, recall, is in the Copa Libertadores group stage qualification zone. Flamengo is an ambitious club with challenging tasks in all the tournaments the team participates in. It should be mentioned that Flamengo achieved a 1-0 away win against Tolima in the Libertadores round of 16.

The last two matches between Corinthians and Flamengo, including this season's encounter, have been low-scoring. Given the importance of the upcoming game, we doubt that it will be productive; on the contrary, we think this match will carry on the trend. Regarding the outcome, we are on the side of the home team. We think that Corinthians are somewhat underestimated, especially considering the victory of Timão over Mengão in the middle of July. Here are the betting options for the meeting: