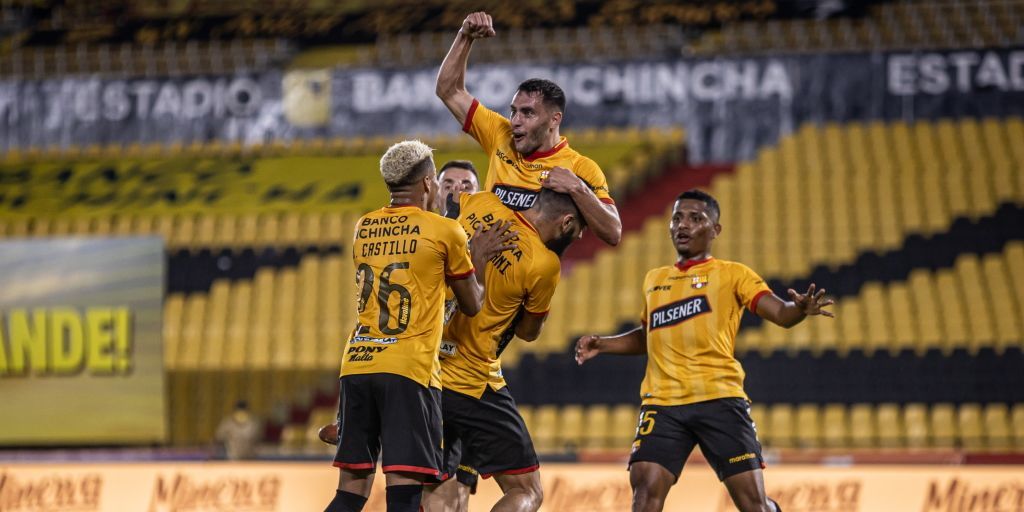 Brazil’s Fluminense will face Barcelona of Ecuador in the first leg of the Copa Libertadores quarter-final. At first glance it seems that they are lucky to have such an opponent. However, the team from Guayaquil are not that easy to beat.

It was only a week ago when Fluminense played a return match against Cerro Porteño of Paraguay, and the Brazilians outscored their opponent 1-0 at the Maracanã. After that clearly difficult game, the team from Rio had lost away to América Mineiro 0-1. It was quite a predictable setback. The Tricolor haven’t played at the highest level in South America for 8 years, so the Copa Libertadores is obviously their priority. By the way, after 15 rounds played, this loss moved Flu down to the 13th position in the Série A standings, only three points above the relegation zone. In the 1/8 finals, Fluminense managed to win against Cerro Porteño at the Maracanã. However, the Tricolor lost 1-2 to Junior in the last home game at the group stage of the Copa Libertadores.

Barcelona knocked Argentina's Vélez Sarsfield out of the Copa Libertadores in the round of 16, with the Ecuadorian side losing the first leg 0-1. Overall, that defeat is Barcelona's last so far, followed by a home win against Vélez and four successive victories in the national championship. Importantly, Barcelona has never scored less than two goals per game in the period. Clausura started in Ecuador, too, and after three rounds played, the guests-to-be rank 2nd, behind Independiente del Valle on goal difference. Long story short, Barcelona have entered the first quarter-final of the Copa Libertadores in top form.

Fluminense and Barcelona have played one game against each other, a friendly match to be won by the team from Ecuador. It is hard to tell whether Barcelona can beat Flu at the Maracanã, but we think the away side has a good chance of at least not losing in Rio. Though Fluminense are focused on the Copa Libertadores, you can't call them experienced - after all, it is their first game in this competition since 2013. Here are the odds for the upcoming game: Both Teams to Score - Yes for 2.26, Barcelona to score for 1.66, Away or Draw for 1.76.