Fluminense vs Cerro Porteño: the Brazilians will take the victory 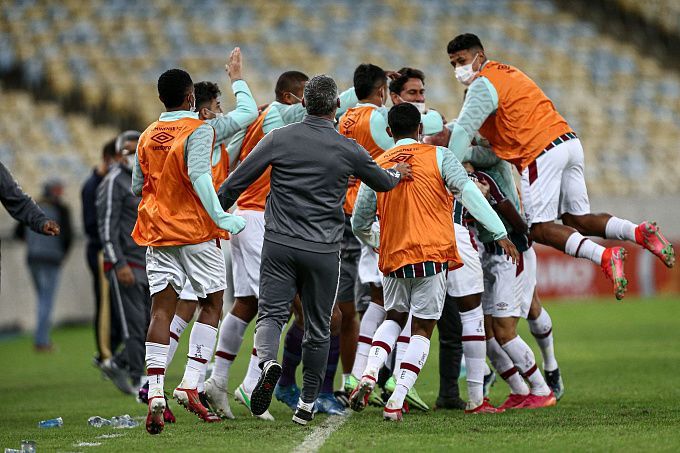 The Brazilian team Fluminense will meet with their Paraguayan counterpart Cerro Porteño in the second leg of the 1/8 finals of the Copa Libertadores. Their first leg ended with a score of 2-0 in favor of the team from Rio. For the Tricolor, a defeat narrow defeat is enough for them to advance to the quarterfinals.

The Serie A match Fluminense vsJuventude was postponed. After their defeat aganst Criciuma in the first leg with a socre of 1-2,  Fluminense made a comeback and won the second leg with a score of 3-0 at the Maracana, allowing them to advance to the next stage of the draw. Before the two matches against Crisiuma, Fluminense lost twice in a row, first to  Palmeiras and then to Gremio with a score of 0-1 in both matches. On the one hand, a draw for Fluminense in the upcoming game will be more than enough. On the other hand, the Tricolor matches are of particular importance in the group stage, so they will probably aim to win.

After their first game against Fluminense, Cerro Porteño played three matches in the Paraguayan Championship against Sportivo Luqueño, Libertada and River Plate, all of which ended in a draw. This result placed Cerro Porteñoin 7th position in the standings with four points behind the leading Guarani. Obviously, the current form of the team is far from excellent. We can also recall that Cerro Porteño has lost all of their meetings against Fluminense.

We believe that Fluminense will win the upcoming match, the Tricolor are highly motivated for the Copa Libertadores matches, we doubt that the team from Rio will play to keep the score of the first match. In turn, judging by the results of their matches at home, Cerro Porteño are unable to take revenge on the Brazilian club. Also, we don't expect a lot of goals to be scored. We offer the following betting options: W1 for 1.84, TO (1.5) for 1.50, Both teams will not score for 1.65.