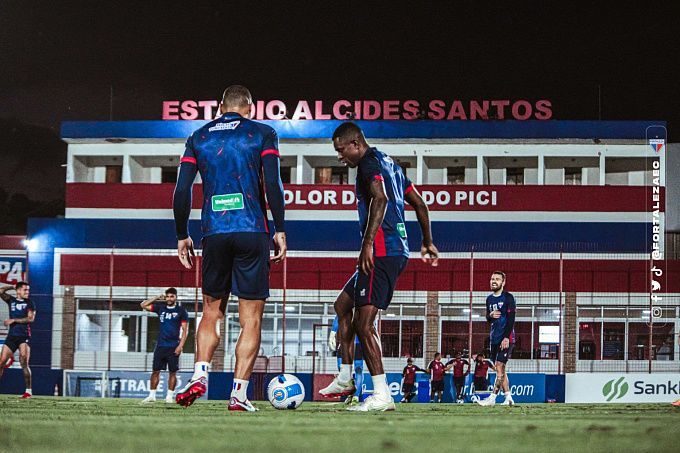 In the last four games, Fortaleza has had two wins and two losses. It is noteworthy that both failures came in away matches, while both victories, over América and Ceará, came in home matches. For the upcoming game, Tricolor are at the bottom of the Brazilian league standings, five points behind Coritiba. Despite this fact, Fortaleza is very motivated for Copa Libertadores. After all, when else will it be possible to play in the playoffs, and here Tricolor have already reached the round of 16, with quite passable Estudiantes as an opponent. Recall that in the group stage of the tournament, Fortaleza finished second in Group F, losing the lead to River Plate.

“We respect Estudiantes not only for their history but also for the team's quality. The coach has already said some things about the opponent, so we can get into the mood of the match. So, we are completely focused on this match. Regardless of what happened a few games ago, our team is very strong and very focused on making history. We're confident that we've already made history, and that we've accomplished a lot this year, but one of the great things about our team is that we always want a little bit more. That's why we are working to show a good game against Estudiantes.”

Estudiantes, on the other hand, approach the upcoming game with a two-match losing streak. In the Argentine Primera Division, Estudiantes were weaker than Independiente and Newell's Old Boys. After five rounds played there, Estudiantes are only 17th in the standings with seven points under their belt. The team proved really good in the group stage of Copa Libertadores. They lost away to Velez Sarsfield in the last round, in a game that did not determine anything for Estudiantes.

Note that Fortaleza's last nine matches have been low-scoring. Estudiantes does not score in every away match. Plus the teams don't know each other, they have never faced off, and the fact of the first match of the confrontation is also why you should consider betting on Total Under. As for the outcome, we are on the side of Fortaleza. Despite Tricolor closing the Brasileiro standings, it is a failure at the start of the season and the game on three fronts that lead to such a result. Recently, the future hosts have noticeably recovered, showing decent results, especially in home games. Here are the betting options for the meeting: