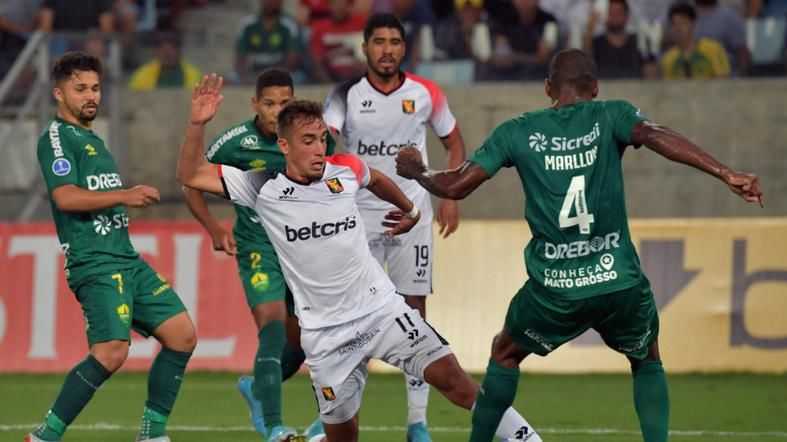 The upcoming fixture of Copa Sudamericana will be featuring FBC Melgar and Cuiaba at the historic Estadio Monumental Virgen de Chapi stadium. Though Melgar are quite favorites to win, they are likely to get a tough competition against Cuiaba, who currently stand 3rd with 6 points in the Group B standings. Melgar can’t jump to the first place, hence this fixture’s result won’t have any impact on the Group B standings.

FBC Melgar - Recovering from the Loss Against Racing Club (WLWWW)

FBC Melgar’s winning streak was disturbed by Racing Club, as Melgar was unable to pull of an equalizer. Going in the game, Melgar has 4 wins from their 5 games played. Melgar will look to play cautiously as they have already been defeated by Cuiaba (2-0) once in this year’s competition. With Melgar playing at home, they will be the favorites as they have remained unbeaten in their last 9 home games.

Cuiaba - Taking Confidence from their Last Game Against Melgar (DWLLL)

Cuiaba are lacking behind as they haven’t been able to keep up their consistency. Going in the game, Cuiaba has lost three consecutive games, won one, and tied against Internacional. Their defining win came over River Plate (1-2), giving them the 3rd spot in the points table. Elton will be in the spotlight for creating a goal-scoring opportunity upfront and getting his team in a solid position.

With FBC, Melgar playing in their home will be looking to maximize this opportunity and win over Cuiaba. The scoreline is expected to be around 2-1 or even 2-0, favoring the home side. Cuesta might be the one striking the first goal for his team.