Corinthians vs Fluminense Prediction: Timao will be the second finalist in the Brazilian Cup 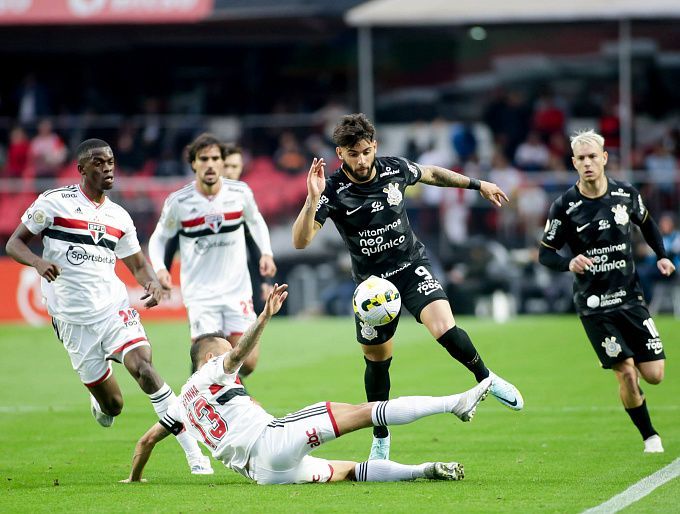 After the draw against Fluminense, Corinthians has played three matches in the Brazilian league, beating Bragantino 1:0 on home soil, drawing with Inter at home, and with Sao Paulo away. Corinthians is fifth in the Serie A table with 44 points. Only one point separates Timao from the fourth position. The problems with a place in the Libertadores Cup can be solved by winning Brazil's second most important tournament in one fell swoop. Corinthians has the third-best Serie A record, +8=4-1, 17:6 goal difference, and the best home defense in the division.

The Tricolours have also played three matches in the national championship after the first semi-final: a draw against Palmeiras, a defeat against Atletico Paranaense, and a victory over Fortaleza. In the Serie A standings, Fluminense leads Corinthians by one point and is a direct rival to Timão in the Brazilian Cup and the national championship. Fluminense's away statistics are seventh in the Brazilian championship, +4=4-4, 13:15 goal difference.

The first game between the teams was a productive one. However, we doubt the return leg will be the same high-scoring affair. Corinthians do not often concede at home but have one of the best home statistics in the division. Fluminense is weak on the road. The Tricolore have lost their last two away games and have also lost their previous two away games to Corinthians. We think the bookmakers are correct, and Timao does have a better chance than Fluminense in the upcoming game.