Costa Rica vs Canada: Betting on the Maple Leafs to continue their two winning streak 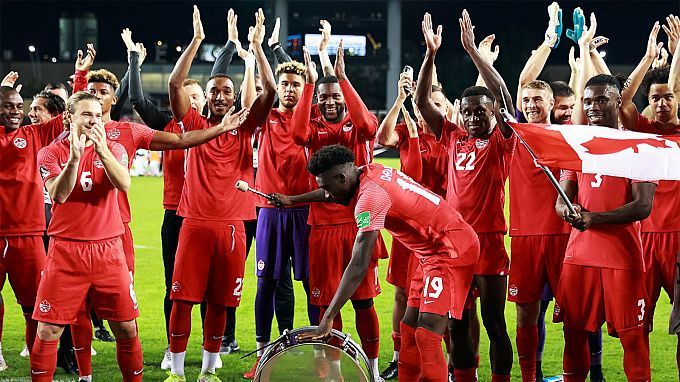 Will the sensational Canadian team continue their winning streak? Or will Costa Rica break the winning streak of the CONCACAF zone leader and take revenge on the Canadians for their first round defeat and need the points?

After a 0:1 loss to Canada on November 13, 2021, Costa Rica has played four matches in which they have scored 10 points. Costa Rica beat Honduras and Panama on home soil, overcame Jamaica on the road and drew with Mexico. After 11 rounds of play, Costa Rica is in fifth place. Costa Rica's home stats are only fifth in the tournament, but they are not bad at all. In five home games, Costa Rica has won three, with one draw and one defeat and a 6:4 goal difference.

Canada is the best team in the CONCACAF zone. First, in terms of points, the Maple Leafs have 25. The Canadian team may be satisfied with a draw in the upcoming game to guarantee their place in the Mundial. A victory in San Jose will guarantee the Maple Leafs a place in the World Cup finals, the second in the history of the national team. Second, the Canadians have the best offense and defense in the tournament. In 11 games, the Canadian team scored 19 goals and conceded only five. They have a 6-match winning streak. The Leafs have the second best away statistics, only the Mexican team is better. However, even a draw in San Jose will lift the Canadians to first place in the standings. So far, Canada has won two of their five away matches, with three draws and a 6:2 goal difference.

The Maple Leafs haven't lost a match in the third round of CONCACAF World Cup qualifying. The Canadian team has the best defence in the tournament, the index of productivity of the Maple Leafs is under the mark 0.5, and it concerns both home and away matches. The Costa Rican national team is a classic underdog, with only 15 goals scored in 11 matches of FIFA World Cup 2022 Qualification. Our first bet for Costa Rica vs Canada is a combination of X2+TU (2.5) for 1.89.

Canada's current squad is a strong contender against many European teams. The Costa Ricans have a much weaker squad, although they are only nine places down in the FIFA rankings. Prior to 2017, Canada had problems with results against Costa Rica, but in 2021, the Maple Leafs beat Los Ticos 2:0 and 1:0 in both games. We wouldn't be surprised if national team Canada continues their two-game winning streak at once on Friday against Costa Rica and in the 2022 World Cup qualifying tournament. Canada will win for 2.496.

We have decided that this game is not likely to be a goal-scoring affair, and that Canada will be victorious. Moreover, we believe that just one goal will decide the fate of the game. Our third bet is a correct score 0:1 for 6.00.