Denmark vs Scotland: The Danes to continue their winning streak 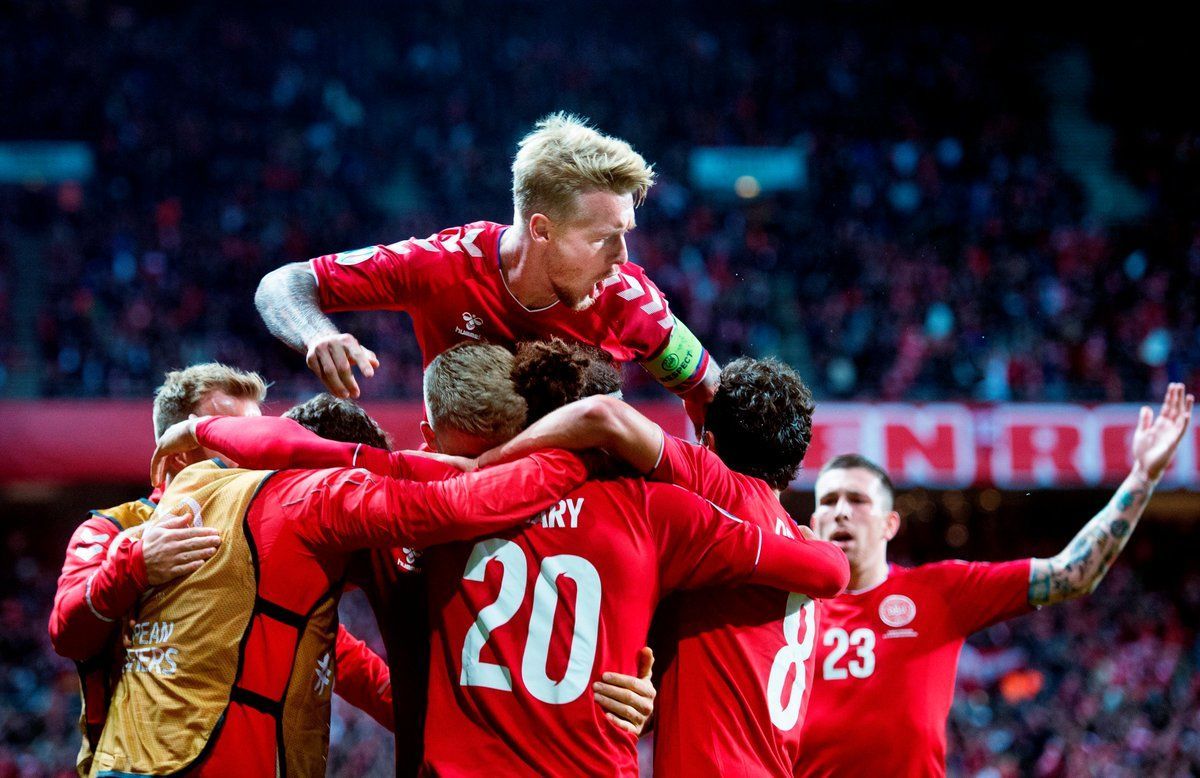 The Denmark national football team lost to Scotland in the last two head-to-head encounters. Will they be able to beat their uncomfortable opponent? Our prediction: this time the Vikings will be closer to success!

The Denmark national football team is going through a great period. Kasper Hjulmand's team managed to qualify for Euro 2020, where they achieved a fantastic result. The start was very hard for the Red and White, as in the first game of the tournament there was a very unfortunate episode with Christian Eriksen, after which the Danes lost to Finland 0-1, and then to Belgium 1-2, and in both games they owned a huge game advantage. The key moment for the Danes was the 4-1 victory over Russia which allowed them to reach the playoffs. They got past Wales and the Czech Republic 4-0 and 2-1 respectively, only to lose to England 1-2 in the semi-finals. In the 2022 FIFA World Cup qualification, the team has already beaten Israel, Moldova and Austria, leading their group.

The Scottish team is even rarer to be selected for major international tournaments, but they managed to qualify for Euro 2020 through the UEFA Nations League. However, the continental championships proved unsuccessful for Steve Clarke's team. They lost the first game against the Czech Republic 0-2, then there was an unexpected 0-0 draw with England, but in the decisive game they still lost to Croatia 1-3, taking last place in the group. Now it's time for the Scots to concentrate on their 2022 FIFA World Cup qualification where they have been doing quite well so far: first, they drew with Austria and Israel 2-2 and 1-1 respectively, and then they beat the Faroe Islands 4-0. Now the Scots are second in the group, 4 points behind the Danes.

The teams have played a total of 16 games against each other, the Danes winning 6 of them and the Scots enjoying 10 victories. The goal difference also favors Scotland, 20-12. The last time the rivals met was in 2016, when the Scottish team won a friendly game 1-0.

The Scottish team is a very uncomfortable opponent for the Danes, as they have won most of their head-to-head encounters, the last one too. However, the Danish team has every chance to turn the tables in the upcoming match, being in fantastic form after their triumph at Euro 2020. Kasper Hjulmand's team cannot afford to screw up a home game, so Handicap 1 (-1.5) for 2.515 is a good option.

Both teams have had a great start to the 2022 World Cup qualification. It was the offense that was especially impressive. Particularly, Denmark has been showing great results, having scored 14 goals in the 3 last games (4.67 average per game), which is an extraordinary figure, and the Scots have scored 7 goals in the same number of games (2.33 average per game). Such powerful attackers promise a very productive match, so Total Over 2.5 for 2.00 seems like a great choice.

The Denmark national football team achieved an incredible triumph at Euro 2020, where they managed to reach the semifinals, so in the first home match, they will certainly be very active at the beginning fueled by courage. All this threatens the Scots with big problems in defense, although it is their chance to catch the opponent on the counterattack. In any case, it’s highly likely that there will be some goal-scoring action in the opening stages of the encounter. That is why it is worth considering the first goal to be scored between 1 and 31 minutes for 1.95.