DREAMS VS ELMINA SHARKS: Home team will come off with the points 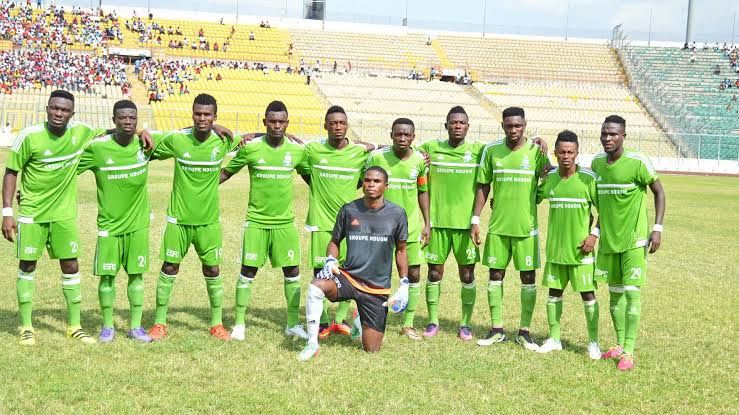 Dreams FC will host Elmina Sharks at the Dawu Stadium on Sunday afternoon. The host sees this as an opportunity to move up to the top half of the league and to also stay away from the relegation zone, will the away team change the entire intention and get a point off them?

After a surprise win against Medeama in game week 17, they stumbled to a defeat on the road to Asante Kotoko in match week 18, Frank Mbella scored a brace to ensure the home team went home with all the points.

Understandable that they have played the top teams in the league in the last three matches, three points from a possible nine was the most real they could get.

It's a must-win for them and opponents like Elmina Sharks who are struggling to get results are the best team to take advantage of considering they are bad at playing away from home.

Coming into this match, they have won twice and lost three times in the last five matches.

Relegation bound Elmina Sharks must do something to save their season, their coach needs to change his team's tactics and approach to games, the first thing that needs to be done is to defend all through, don't concede and pray for the opponent to make mistakes and capitalize.

They held Accra Lions to secure a point. Ishmael Antwi scored in the 85th minute and it looked as if they are going to walk away with all the points, not long until their illustrious defensive frailties were exposed in the 87th minute when Kassim scored as the match ended in a 1-1 scoreline.

Both teams' five recent matches have ended in three wins for Dream FC, one for Elmina Sharks and one ended in a draw.

The home team are in a better position than the away team, moreover, the away team have failed to win away from home in their seven attempts, we are going strong with a win and over 1.5 for 2.02.

Elmina Sharks have failed to score in six away matches in a row now, bet on goals in both halves for 1.84.