Elfsborg vs Feyenoord: The Rotterdam team can handle their losses 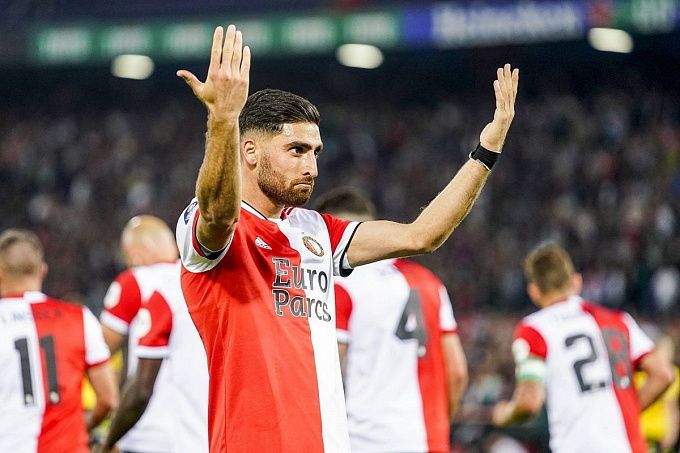 After the defeat by Feyenoord in the first leg, we can forget about Elfsborg's chances of qualifying to the Conference League group, but in the return leg the Swedish club will try to at least earn point for the Euro Championship. Can Elfsborg make the best of this match?

Last season Elfsborg won the Swedish championship silver medal. So far the team is fourth in the home championship, and the unbeaten streak has lasted eight rounds. The path of European competition, until recently, was not thorny: they scored a total of 14 goals against Velez Mostar and Milsami. A strengthening of the team's lineup, though, should come in handy. The main central defender Joseph Okumu left Elfsborg a month and a half ago and only Gustaf Lagerbielke, who played for Vasteras in the Second League, was signed to replace him. The major summer acquisition was Svein Aron Gudjohnsen, son of one of the best players in Icelandic fooball history, Eidur Gudjohnsen. Until recently he played for Italian La Spezia, but he spent last year at Danish Odense. While the rookie starts matches on the bench, Marokhy Ndione and Per Frick have scored a combined 17 goals this season.

In a recent match in the Swedish championship, Jimmy Thelin's team were held to a 2-2 draw with Hammarby. Elfsborg scored an early one and could have doubled their lead by the 15th minute but Jeppe Okkels' shot was deflected by the keeper. The teams seized the initiative and missed a number of opportunities. 80 minutes into the match, Elfsborg scored their second goal. The Yellows were very close to success, but Hammarby scored two goals in extra time to escape from the defeat.

In the last Eredivisie, Feyenoord finished only 5th and made it through the playoffs to the European Cup. Dick Advocaat once again finished his career but resumed it in the national team of Iraq, and Arne Sloth took over as head coach. The lineup of the club from Rotterdam has changed a lot since then, and especially the defensive line. Midfielder Steven Bergeys now plays for PSV, Leroy Fer left for Turkey and Eric Botteghin moved to Ascoli. There have also been changes with the attackers, with numerous losses in the squad complicating their situation. Marcos Senesi, Lutsharel Geertruida, Denzel Hall, Lennard Hartjes, Mark Diemers, and Francesco Antonucci are all injured, and the main goalkeeper Justine Bijlow will not play against Elfsborg due to disqualification. Nevertheless, Feyenoord has won six games in a row, and in two rounds of the Eredivisie, the team has won two victories.

Last week, Arne Sloth's team defeated Go Ahead Eagles 2-0 at home. From the very first minutes Feyenoord went forward and a total of 29 shots on goal. However, in the first half the club from Rotterdam could not hack into the other side's defense, and only after the break some good chances emerged. Gus Thiel and Marcus Pedersen didn't take advantage of their chances, but Bryan Linssen scored a double and became the hero of the game.

The match in the Conference League was the first in the history of confrontation between these teams, and Feyenoord won the home game 5-0. The Netherland team constantly seized on the initiative and it was just a matter of time before Feyenoord scored their first goal. Luis Sinisterra notched a hat-trick, and Bryan Linssen scored and assisted. Elfsborg did not have much to remember, and only in the end they could have scored a goal: the goalkeeper had to go for a last-ditch foul and broke the attack. Another bad news for the Swedes was the suspension of Frederik Holst.

Even despite the problems with their lineup Feyenoord continues to win, and in the alst championship match they did not leave their opponent a single chance. Elfsborg still have problems in defense, it was evident in the game with Hammarby. Judging by the first meeting of the teams, the difference in their performance level is huge, and even at home the Swedish club cannot count on even a draw. I suggest to bet on the following outcomes: