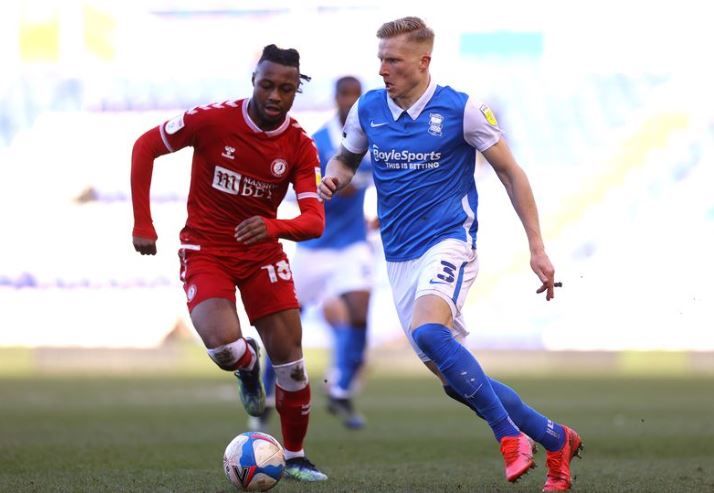 Birmingham is set to host Bristol City on Saturday at St Andrew. They have won five of their last seven league games against Bristol. Would Bristol be able to beat Birmingham this time?

Birmingham's form at home is below average this season (D2 L2 W1) as they managed to win one of their five league games. After winning against Huddersfield (2-1) at the beginning of the season, they are struggling to find a win at home.

In their five home league games, they scored 4 goals against their visitors and conceded 5 in return. At away, their situation is almost like home as they managed (D2 L2 W2) to win on two occasions out of 6.

With 13 points in 11 games, Birmingham is sitting in the 16th position. They have netted 9 goals so far this season and conceded 11 in return. Scott Hogan is the team’s top scorer with 5 goals followed by Maxime Colin (1) and Przemyslaw Placheta (1) respectively 2nd and 3rd positions.

Bristol at away didn't perform as per the expectations this season. In their six away league games, they just managed (W1 L3 D2) to win one. They have scored 11 goals against their hosts this season and conceded 13 in return.

At home, Robbins performed (W3, D1, L2) better than away as they just lost two games out of six. They also conceded fewer goals at home compared to away.

With 15 points in 12 games, Bristol is sitting in the 11th position. They have netted 20 goals so far this season and conceded 18 in return. Nahki Wells is the team’s top scorer with 6 goals and 2 assists followed by Tommy Conway (5) and Andres Weimann (3) respectively 2nd and 3rd positions.

Birmingham lost just one of their last three home league games (W1, L1, D1) against Bristol. But their current situation at home does not look good. On the other end, Bristol is also struggling with their poor away form. After analyzing all the facts, we are anticipating a tie here or an away win. We are expecting more than two goals in the game as historically both teams have scored 3 goals in a face-off.