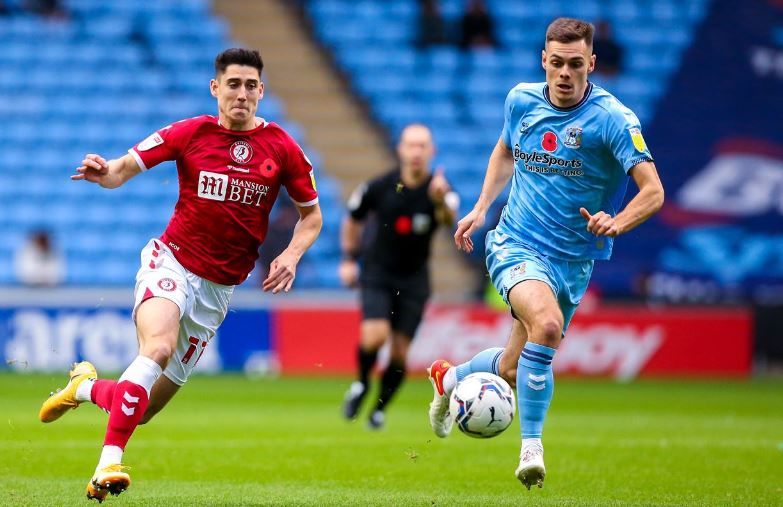 The Robbins are set to host Coventry at Aston Gate on Wednesday. Bristol has lost their last three league matches against Coventry. Would Bristol be able to beat Coventry this time?

Bristol's winning streak at home finally broke by QPR (1-2) as they lost their last home game against them. Earlier they were unbeaten at home as they defeated Huddersfield (2-0), Cardiff (2-0), and Luton (2-0) before that. In their 4 home league games, they scored 7 goals against their visitors and conceded just 1 in return.

At away the situation is worse than home (W1 L3 D2) as Bristol just managed to win on one occasion out of 6. After defeating Blackburn (3-2) they lost in their two away games against Norwich (2-3) and Burnley (1-2).

With 14 points in 11 games, Bristol is sitting at 12th position. They have netted 20 goals so far this season and conceded 18 in return. Nahki Wells is the team’s top scorer with 5 goals and 2 assists followed by Tommy Conway (5) and Andreas Weimann (3) respectively.

Coventry registered their first home win of the season by defeating Middlesbrough (1-0) in the last game. Their defense was top-notch as they didn't give many opportunities to their visitors to score. Earlier they lost their first home game against Preston by (0-1).

Their form at away is a matter of concern (D3 L3) as they didn’t win a single game yet. Coventry played a draw (1-1) against Sunderland in their first away match. They recently played back-to-back draws against Birmingham City (0-0) and Luton Town (2-2).

Before that Norwich crushed them by (0-3). Hull (2-3) and Millwall (2-3) also defeated them earlier with the same margin as well. In their 6 away league games, Coventry scored 7 goals against their host and conceded 12 in return.

With 6 points in 8 games, they are sitting at the bottom of the table. Overall, they have netted 8 goals this season and conceded 13 in return. Viktor Gyokeres is team’s top scorer with 3 goals followed by Matt Godden (3) and Kyle McFadzean (1) respectively.

Bristol is winless in the league against Coventry since 2020. But the recent performance of Coventry tells a different story. Playing at home could go in Bristol's favour as they have won the maximum number of matches of the season at home. That’s the reason we are favouring Bristol to win the match. We can expect more than 2.5 goals in the game.