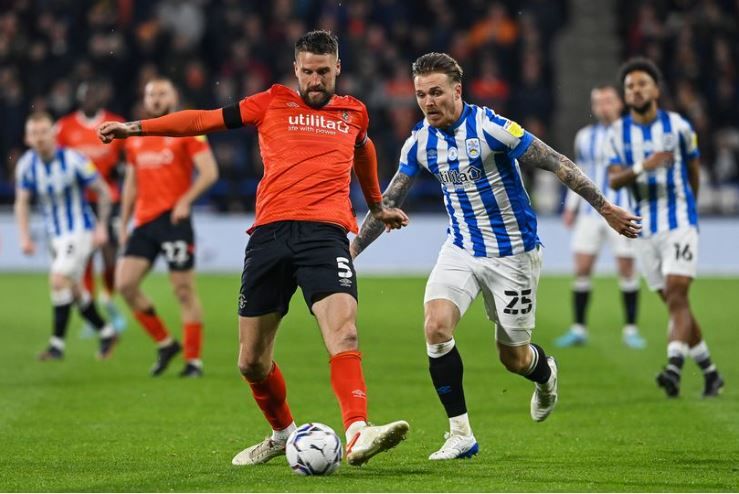 Luton is set to host Huddersfield at Kenilworth Road on Wednesday. Luton has lost just one of their last six league games against Huddersfield. Would Huddersfield be able survive Luton’s challenge this time?

Luton registered their first home win of the season by defeating (2-0) Blackburn in the last game. They struggled a lot to find a win at home (W1 D3 L2) this season as they just managed to win once out of 6 games.

They played 3 draws this season against Coventry (2-2), Sheffield (1-1), and Birmingham (1-1). Wigan (1-2) and Preston (0-1) beat them earlier this season. In their 6 home games, Luton managed to score 7 goals against their visitors and conceded 7 in return.

At away, Luton performance is far better than home as they managed (W3, D1, L1) to win on 3 occasions out of 5 games. With 16 points in 11 games, Luton is sitting at 9th position. They have netted 13 goals so far this season and conceded 10 in return.

Huddersfield is having a tough time at away (L4) as they didn't win a single game yet. They lost in all 4 away league games this season. Recently they lost against (1-3) Reading in the last game and before that Bristol (0-2), Norwich (1-2), and Birmingham (1-2) defeated them.

In their 4 away league games, Huddersfield scored 3 goals and conceded 9 in return. At home, the situation is a bit better than away as they managed to win twice (W2, D1, L3) out of 6 games.

With 7 points in 10 games, Huddersfield is sitting at 23rd place. The have netted 10 goals so far this season and conceded 16 in return. Tom Lees is the team’s top scorer with 2 goals followed by Faustino Anjorin (2) and Danny Ward (2) respectively.

Huddersfield’s poor form at away could work as wonders for Luton. Although Luton is also struggling still, they managed to win their last against Blackburn at home. Their last three meetings at Kenilworth ended as a draw. Hence, we are anticipating this match may end with a Luton win as they are in good form at the moment.