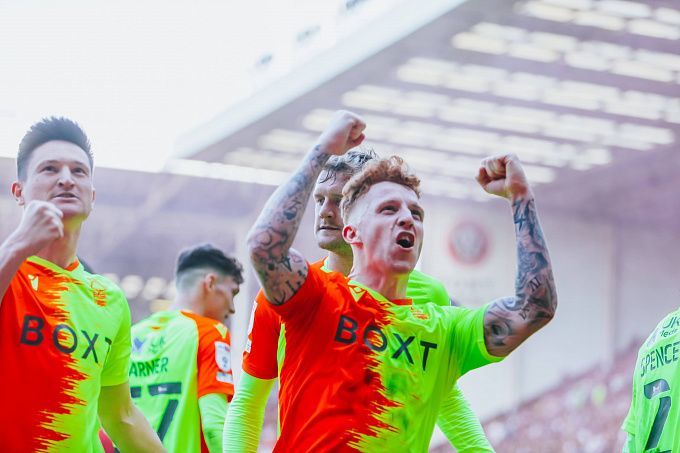 Nottingham Forest will take on Sheffield United. The teams will play the return semi-final match of the Championships playoffs. Will the Tricky Trees hold the lead over the Blades?

Thanks to a successful away trip to Sheffield United, Nottingham Forest are back on the winning track in the Championship. Forest could not mark the best qualities in the last two rounds of the regular season –defeat at the hands of Bournemouth (0-1) and a draw with Hull City (1-1), both meetings on the road. But Nottingham Forest are good at home – not a single point lost in the previous seven games in front of the home fans.

Sheffield United failed to extend their winning streak in the tournament, interrupted by Nottingham Forest. Prior to facing Forest, Sheffield representatives dealt with Cardiff City, Queens Park Rangers and Fulham, scoring a total of eight goals. The Blades have played poorly in their recent away games against Nottingham – not a single win in the previous five league games.

Nottingham Forest showed great execution last week. Forest defeated Sheffield United 2-1 on the road. The clubs have met in 122 matches in all tournaments. Nottingham Forest is slightly better by wins, 46-44.

Nottingham Forest achieved a very important away win over Sheffield United. Now the Blades will have a very difficult away game for several reasons. This season, the Forest are very good in the home walls and approach the game against Sheffield on a winning streak of seven home games. In addition, we should not forget about the form of Nottingham in defense: in 46 regular season games, the club missed only 40 goals (only Bournemouth has a better figure – 39 conceded goals). I believe that Nottingham will be able to play well at home: the club again will not lose to Sheffield in a low-scoring match.