Rotherham United vs Swansea City Prediction: Rotherham to have a better start to the season than Swansea 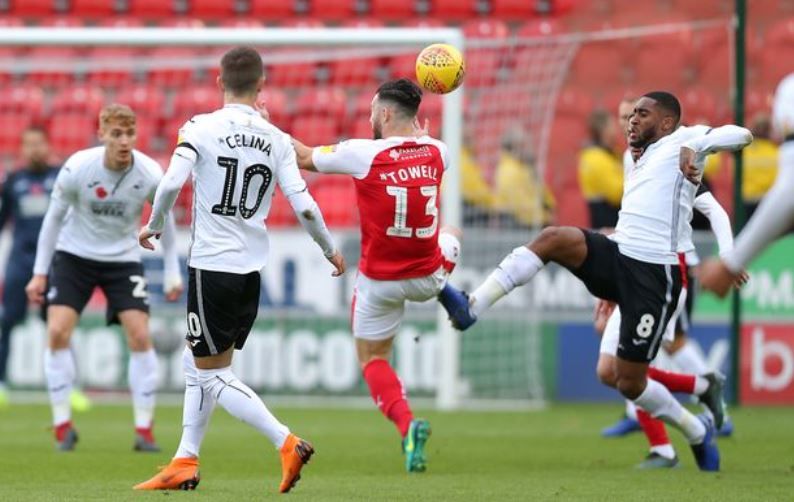 Rotherham and Swansea will be kicking off their 2022-23 campaign at New York stadium in game week one of the EFL Championship. Will we see a newly promoted Rotherham take the game to 15th placed Swansea last year or will Swansea make strides towards their Premier league promotions?

Rotherham United is coming into the Championship after one year of absence. They were promoted after an excellent performance and came second in the third division of English football comprising 24 teams. They have signed seven players so far in the transfer window. including two center forwards - Tom Eaves and Conor Washington. The Millers are coming off a great preseason with four wins and three draws from seven friendlies in Croatia. They looked good in all seven games and will be looking to extend their performance in the championship.

Swansea had a relatively shorter pre-season with them playing only three games in which they managed to win two and draw one. They also have been active in the transfer market releasing five players and signing four. It will be Swansea's fifth consecutive year in the Championship and they will be hoping that this year they can move up the ladder and go into the cash-rich Premier League. Their Last trip to New York Stadium ended in a win and they will be looking to repeat the same.

With a better and longer preseason, we are expecting Rotherham to come away with the victory. We are also expecting that this game will vary cagey as it's the first game of the season so very few goals will be scored. It will be a narrow win for Rotherham.