Aston Villa vs Brentford: Will Danny Ings score his third goal of the season? 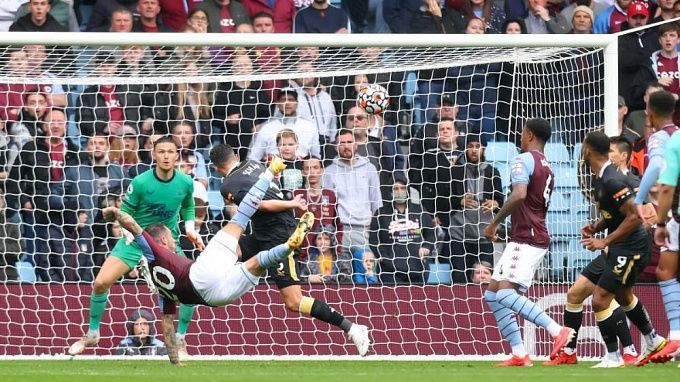 Aston Villa, who were reinforced this summer, are having a typical mid-table season. The tough Brentford is their next opponent. Will the Bees be able to break the resistance of the Lions or will the London club resist the power of Danny Ings and Emiliano Buendia?

Aston Villa began the season with a 2-3 loss to Watford. Although the Lions were on fire during the match 0-3. On the second round, Dean Smith's team managed to defeat Newcastle 2-0. In that game, Danny Ings scored a phenomenal goal. So he's already distinguished himself by scoring one goal in each match. Ollie Watkins seems to have a very strong opponent.

"Brentford" showed their character and stubbornness in the match against Arsenal, which they defeated 2-0. Then it was a nil draw with Crystal Palace at Selhurst Park. That put the Bees in eighth place in the standings, higher than Aston Villa. A very good debut for a team that finds itself in the English Premier League for the first time.

Aston Villa and Brentford have met 14 times. The score of the meetings - 6-3 in favor of the Lions. The last time they crossed paths in the Championships was in the 2018/19 season. The match at Villa Park ended in a 2-2 draw, and the game in London - ended in a victory for the hosts (1-0). All three goals in recent meetings were scored by current Brighton striker Neil Mope. The last time Aston Villa beat Brentford was in the 1953 FA Cup.

We expect that "Brentford" will again rely on solid play above all in defense. In this regard, the "bees" redoubts will be difficult to pass. Therefore, we would like to offer you a bet on "Total Under 2.5 Goals" for 1.8. At the same time, "Brentford" has not faced such a powerful forward as Danny Ings. It's definitely a challenge for Thomas Frank's team. We think Ings will score again - 2 Given the strong-willed nature of the guests and the difference in class in favor of the hosts, this bet is quite feasible.