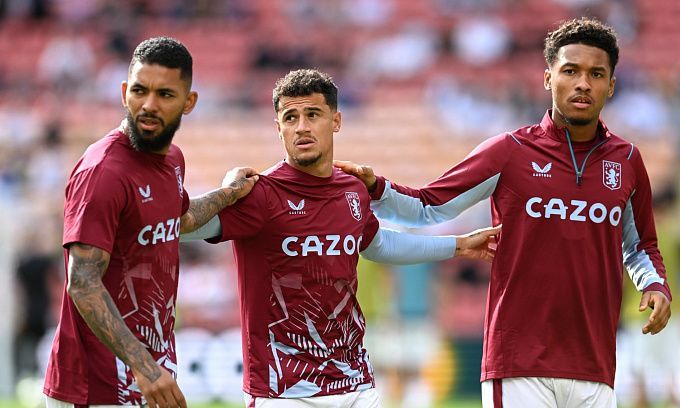 On August 6 at 17:00 (UTC+3), the Vitality Stadium in Bournemouth will host a first-round match in the EPL, with local AFC Bournemouth taking on Aston Villa. Let's see what the opponents have in store for the new season of the English elite and find out the best bet. There are several options for you to consider!

Last season, Bournemouth were successful in the Championship. While they failed to take the top spot, they got directly promoted to the EPL. Following the results of 46 rounds, the Cherries took the second position in the division, lagging behind the first Fulham only by two points. It is worth noting that in the off-season, Bournemouth did not hold the best friendlies. First, the team defeated Sheffield Wednesday 2-1, then suffered three defeats in a row - 1-2 from Braga, 0-1 from Bristol City, and 1-2 from Real Sociedad. Of course, Bournemouth will not be counting on European competitions in the upcoming season. Their main goal is to keep their place in the elite.

Last season, Aston Villa fulfilled the main task: staying in the top league in England. Of course, up to the title of the solid middle-tier team, the Lions slightly fell short. On the whole, they looked very good, though. In 38 rounds, they earned 45 points, which was ten more than that of 18th place Burnley. Also, during the summer transfer window, the club's management made many exciting deals that will strengthen the Claret & Blue Army. So, for example, among the top acquisitions are Philippe Coutinho, Boubacar Kamara, and Diego Carlos.

We side with the second team in this one. Bournemouth, of course, will try to put up a fight against the Lions, especially at home. But still, the difference in class will be noticeable. Aston Villa had better pre-season preparation, successfully playing against strong clubs (Leeds, Manchester United, Rennes), while Bournemouth faced less popular teams, which they could not even impose the struggle against. On this basis, we think that Aston Villa will start in the EPL with a confident victory.

Wolverhampton vs Fulham Prediction: Draw and a total under?

Arsenal vs Leicester City: Back the Gunners to maintain good start to the season