Brighton vs Liverpool: Liverpool to extend their winning streak 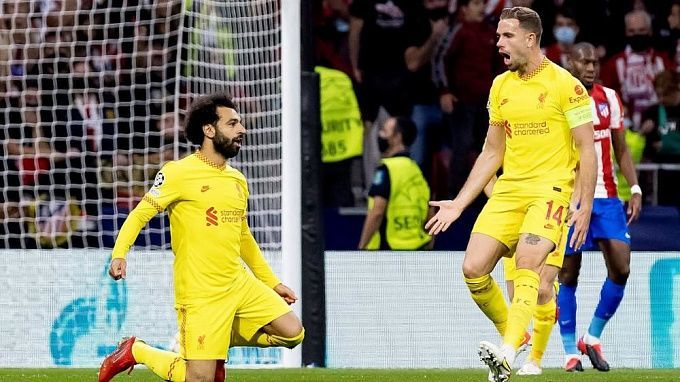 Round 29 will open with a matchup between Brighton and Liverpool. Last time it was a sensational draw at Anfield (2-2). How will the encounter develop this time? With Liverpool's triumph.

Brighton goes with a four-match losing streak. First there was a decent defeat against Man United (0-2), followed by home losses to Burnley (0-3) and Aston Villa (0-2). Last weekend, they were beaten 1-2 away by a determined Newcastle side. Because of that streak, the Seagulls slipped to 13th place in the standings.

Liverpool is coming off a seven-game winning streak in the EPL, which allowed Jurgen Klopp's players to return to the title race and reduce the gap from leading Manchester City to three points. At the same time, Liverpool performs on several fronts. At the beginning of March, the Reds won the League Cup. Then reached the quarterfinals of the FA Cup and the Champions League. The latter was difficult. They beat Inter 2-0 at the San Siro, but the Nerazzurri answered with a narrow victory at Anfield (1-0). Liverpool are now trying to have it both ways and they succeed, only with an effort. So they managed to beat West Ham last round with the minimum score of 1-0. It will not be any easier from here on.

Liverpool and Brighton have met 34 times. The Reds lead with a big score of 19-5. The first round match ended in a sensational 2-2 draw. By the 24th minute, Liverpool were 2-0 ahead only to give up. Meanwhile, the Seagulls regained momentum and got back into the game. Their last outing at the AmEx also ended in a 1-1 draw. The hosts escaped defeat in the 93rd minute. Pascal Gross converted an 11-meter shot. That's what Neal Maupay failed to do in the first half.

We believe that both teams will extend their streaks. Liverpool has to win comfortably. Bet365 gives odds of 1.87 for the guests to win with a handicap of one goal. We also believe that Mohamed Salah will score. Considering that he is the top scorer in the EPL, the odds on the Egyptians' goal are an actual gift: 1.908 from 1xbet.

In conclusion, we believe ‌Liverpool will serve more corners, as they are more motivated than Brighton. Corners Handicap (-2.5) for 1.90 is quite a splendid option.