Burnley vs Watford: Bet on BTTS 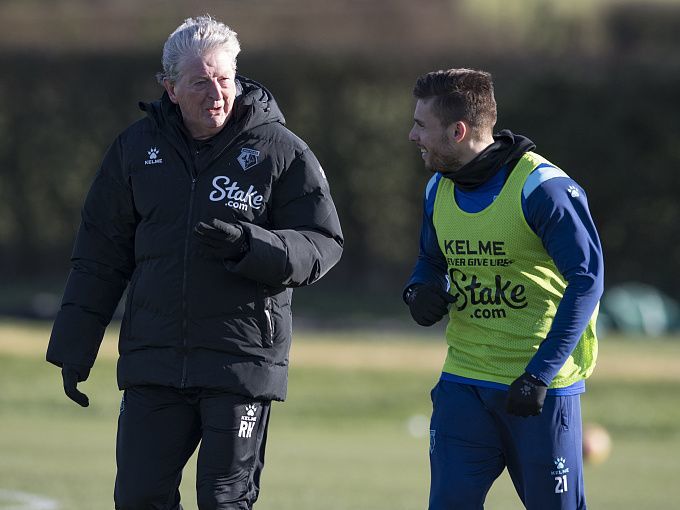 Burnley will take on Watford in the rescheduled match of the EPL round 17. The game will take place at the Turf Moor stadium. Can Roy Hodgson make a successful debut as Hornets manager?

Burnley have been unsuccessful in their last ten matches, having achieved only one positive result, 3-1 at home against Brentford. The team failed in the third round of the FA Cup and lost at home to Huddersfield Town (1-2). The team's last opponent was Arsenal. Dyche's players held off their opponent's attacks, the game resulting in a zero draw. With 12 points, Burnley sits last in the EPL table.

There was another coaching change at Watford. The club's management parted ways with Claudio Ranieri and renowned Englishman Roy Hodgson was appointed coach. The Hornets' last opponent in the EPL was Norwich City. The home side's performance was poor and the team was thrashed 0-3. With 14 points, Watford are 19th in the standings.

The last face-offs took place in the 2019-20 EPL season. In both meetings, it was Sean Dyche's players who celebrated the victory, 3-0 away and 1-0 at home. In total, the clubs have met in 37 matches. In terms of victories, the advantage is Burnley's, 17-12.

Burnley and Watford will still play a match at the third attempt. It is difficult to pick a favorite, as both clubs cannot boast either good form or results. Not surprisingly, the teams sit at the bottom of the EPL standings. The appointment of Roy Hodgson may have a positive impact on the Watford players. Burnley will not sit back in defense. Betting on both teams to score seems like a great option. It is likely that Burnley and Watford will share points.