Chelsea vs Brighton: Blues to secure the second spot on the log 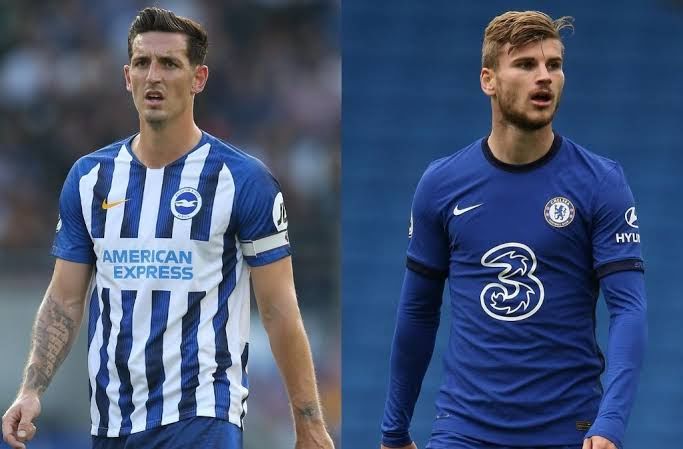 The home team will do everything to build up more pressure on Liverpool and Manchester City as they welcome Potter's men to the bridge on Wednesday.

The blues returned to winning ways after a win against Aston Villa on Wednesday. The match started as Recce James scored against his net. Not long until Chelsea was awarded a penalty, and the Chelsea skipper made no mistake by slotting it home from the spot to level at halftime. The second half started with much intense from the away team as Lukaku gave Chelsea the lead before being gifted another penalty, Jorginho made it 1-3, and it ended in favour of Chelsea.

Kante and Silva were forced off in the win against Aston Villa and that doesn't look pleasant for the team because of how important they are to the team.

After some unpleasant results in their last few matches, Chelsea will have to up their game if at all they want to get anything from this game.

The Amex are back to winning again after twelve matches without a single win. It has not been easy for fans after being taunted as one of the promising teams to watch out for at the beginning of the season.

All smiles for the fans again as they watched their team defeat Brentford on Boxing day. It was Leandro who opened the scoreline after a fine assist from Enock Mwepu, not long till Maupay increase their lead at halftime. The match ended 2-0 in favour of the Amex.

Brighton will hope to build on their first win after three months against a very strong Chelsea side at the bridge.

Chelsea need this much more than the away team and the home advantage will see the blues scale through no matter the circumstances.