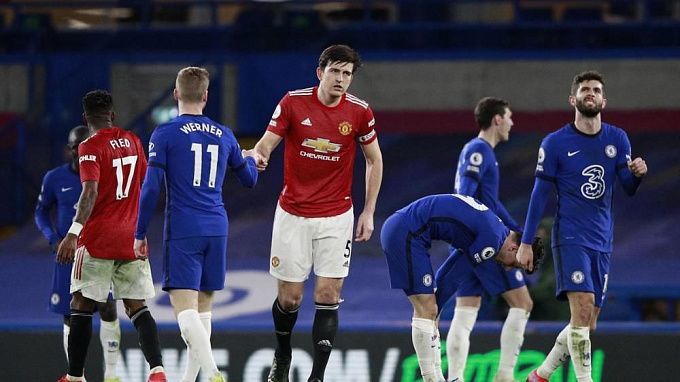 The central match of round 13 will feature Chelsea and Manchester United. Will we get to see another blowout by the Blues or will the Red Devils, led by Michael Carrick, take us by surprise?

Chelsea will continue to storm the EPL and the Champions League. After the international break, the Blues put on a great performance at the King Power, where they crushed Leicester 3-0. Then they did the same at home to Juventus, the match ending 4-0. How long ago did you see the Old Lady ripped apart like that? The very case when it is appropriate to say that the defense is the best offense because in every game the defender is different. Why they spent over 170 million euros on Lukaku and Werner is unclear.

Manchester United did what they should have done a long time ago — got rid of Ole Gunnar Solskjaer. While everyone is waiting for Ralf Rangnick to arrive in Foggy Albion, Michael Carrick is taking over for him and Solskjaer. He managed to convert on a tight schedule and grind out a 2-0 win over Villarreal. You have to give Michael credit for having balls, namely for sidelining Bruno Fernandes and not being shy about putting Donny van de Beek and Jadon Sancho in the starting lineup. Therefore, Chelsea should definitely expect surprises from the Man Utd coaching staff.

This big confrontation has seen 189 head-to-head encounters. Man United hold a 78-54 lead. In recent years, there is no clear advantage in face-offs, as the teams have been exchanging wins. And last season, both games ended in a zero draw. In the first round, Chelsea was led by Frank Lampard, while in the second - by Thomas Tuchel. This time without Solskjaer.

While Man United have not been impressive lately, Carrick has certainly managed to shake up the team. Therefore, we have to expect from them if not a miracle, but at least not that passive performance under Solskjaer. Thus, we recommend betting on Both Teams To Score for 1.80 from bet365.

Cristiano Ronaldo scored a total of 799 goals in his career. And as we know, he is a maximalist, striving to break all sorts of records. Even if it looks embarrassing for Man United, Ronaldo will definitely be aiming for his 800th goal, especially in such a top match against the reigning Champions League winner. Betway gives a hefty 2.97 for the Portuguese forward's goal.

In conclusion, we still think that Chelsea will win on their defense because the level of game organization is drastically different in favor of the capital club. That's why we recommend the betting option “Handicap Chelsea (-1)” for 1.975 from 1xbet.