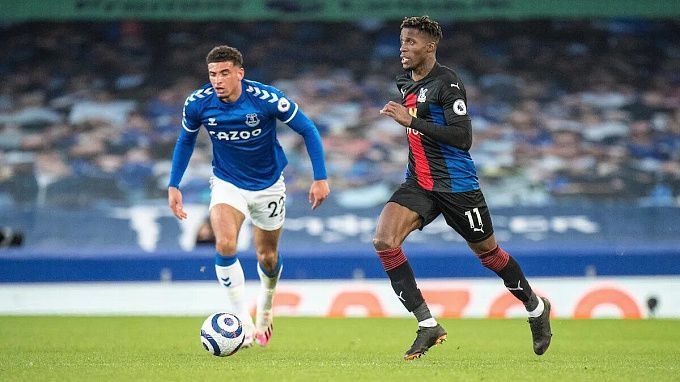 There are still some postponed matches in the EPL, one of which will be the encounter between Everton and Crystal Palace. Everton has more tournament motivation, as the Toffees have not yet guaranteed a place in the EPL for next season. The Eagles have a lot on their mind. Considering the Londoners' recent results, we doubt the Crystal Palace will give up the win at Goodison.

After the derby defeat to Liverpool, Everton had not lost in three consecutive games, beating Chelsea, Leicester City, and drawing 0:0 away to Watford. It looked like the Toffees would also pick up points against Brentford, but Branthwaite earned a penalty in the 18th minute. Despite that, the Toffees managed to take the lead in the closing stages of the first half, thanks to a penalty. However, the Bees managed to equalize within two minutes and took the lead. So, the match ended with a 3:2 win for Brentford, while Rondon also received a straight red card at the very end of the game. Everton is in 16th position ahead of Thursday's games. For Everton, the upcoming match will be their final home game, while the Toffees play in London in round 38 against Arsenal, who have not lost motivation and are fighting for a place in the Champions League zone. Everton's home statistics are only 11th in the division, +8=2-8, 24:23 goal difference.

The Londoners have a four-match unbeaten streak, with two draws against Leeds and Aston Villa and two wins over Southampton and Watford. The Eagles are currently 13th in the division with 45 points but have the potential to move up to even ninth place. The away statistics for the team are 12th in the division, +4=7-7, 21:26 goal difference.

Crystal Palace hasn't given up playing after gaining forty points. The Crystal men have a four-match unbeaten streak, which the Eagles would probably like to extend to a five-match winning streak. Everton should be motivated to win, but they failed to score a point against Brentford last game. Furthermore, let's not forget that Crystal Palace has already beaten the Merseysiders twice this season. We think the bookies overestimate Everton's chances, who will continue to fight for survival until the final round of the 2021/22 EPL. We reckon the Eagles will not lose at Goodison, plus the teams will be exchanging goals.