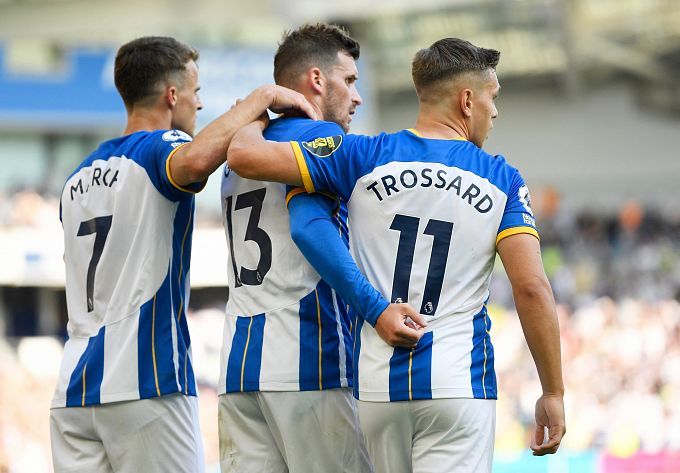 On 30 August 2022, Fulham will face Brighton in round 5 of the English Premier League. Check the teams’ conditions and expert betting tips. Several betting options are available!

Fulham returned to the Premier League, but this time they will try to stay in the English elite for a more extended period. We have every reason to believe so far, as Mark Silva's charges have started well. Already in the opening round, they took points from Liverpool in a 2:2 draw, followed by a 0:0 draw away to Wolverhampton, and then beat Brentford 3:2. Furthermore, they had also beaten Arsenal 1:0 but were unable to hold on to their lead and conceded twice (1:2).

Brighton is a team that has made rapid progress in recent years. The Seagulls don't always show brilliant and attacking football, but they do not need to; it is more important to score consistently. Last season, the Blues and Whites finished in ninth place, which by their standards could already be a success, but in the current championship, they have decided to add more. In the opening round, they unexpectedly beat Man United 2:1 away, then shared the points with Newcastle United side 0:0, before going 2:0 and 1:0 up against West Ham and Leeds in the next two meetings, moving up to fourth place in the table.

Fulham and Brighton have started the season well by their standards, with only one defeat in their opening four fixtures. The upcoming meeting should give the Black and Whites a slight advantage, but the Seagulls are a slightly more skillful team, so the chances of success for the rivals are seen as equal. The last two head-to-head encounters between the sides ended in a draw, so we suggest betting on a draw for 3.4.

The debut of the new season in the EPL has been very productive, but all this doesn't apply to Brighton, who continue to show their usual pragmatic football. In their four games, the Seagulls have only scored six goals (1.50 average per game), one of the lowest of any Premier League club. Of course, Fulham's figure is considerably higher. With that in mind, we suggest betting a total under 2.5 goals for 1.8.

Pascal Gross has made a phenomenal start to the current championship. In the four previous years with Brighton, he only scored ten goals, while he has never scored more than three goals in a season. He has only played four games in the current Premier League campaign, where he has already met his seasonal norm of scoring three goals. The 31-year-old is on a roll now, so a bet on another Pascal Gross goal is worth looking into at around 6.00.