Leeds United vs Brentford: Championship alumni to play each other 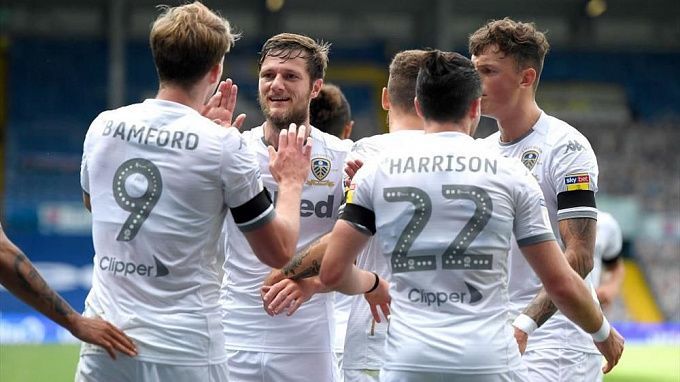 One of Sunday's matches will be a clash between former Championships residents Brentford and Leeds United. Which alumnus will be stronger?

Leeds are slowly finding their old self. After a frustrating loss to Tottenham, the Peacocks drew with an equally stalemated Brighton (0-0). In this Midweek encounter, Leeds managed to pull out a 1-0 win over Crystal Palace in the 94th minute. The only goal was scored by Raphinha. This allowed them to take a five-point lead away from the survival zone, sitting in 16th place. Accordingly, the gap from the 12th place held by Brentford is only one point.

Last weekend Brentford snapped their winless streak of five games by beating Everton 1-0. The only goal of the game was scored by Ivan Toney. After that, the Bees were on a trip to North London to visit Tottenham, losing 0-2. Despite that defeat, Brentford sits in a rather high 12th place with 16 points, six points away from the relegation zone.

These teams have face each other a total of 40 times. With a slight advantage, Leeds is ahead by the number of wins (14-12). The goal difference is also slight in favor of the Peacocks (53-49). The last time they met was in the 2019/20 season in the EFL Championship. Then Leeds won by a narrow margin of 1-0. And the return game ended in a 1-1 draw.

The encounter promises to be quite tense and until the first mistake. Therefore, we believe that not so many goals will be scored. Bet365 gives odds of 1.90 for Total Under (2.5). We are also confident that Leeds will serve more corners as the home team. 1xbet gives odds of 1.80 for their Corners Handicap (-1.5).

In conclusion, we are inclined to believe there will be a draw, as both teams are still in crisis. But at the same time, they have a lot of character, which is enough for a draw. Betway offers odds of 3.50 for this outcome.