Leeds vs Wolverhampton Prediction: Hosts can put up a fight against Wolves 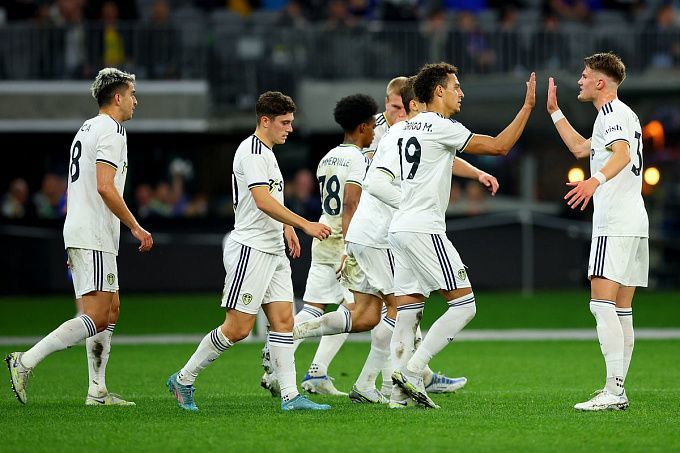 Leeds United will take on Wolverhampton in round 1 of the English Premier League on August 6 at 17:00 (UTC+3) at Elland Road. Let's see what the opponents have in store for the new season of the English elite and find out the best bet. There are several options for you to consider!

Last season, Leeds almost miraculously kept their place in the EPL. In the previous competition, the team won against Brentford in the 90+4 minutes of the match. Thanks to that, the Peacocks overtook Burnley, who were closing in on the safe zone. Leeds will need to show a very different side in the coming season. Judging by their preseason preparation, they are serious about that. The Whites managed to hold five friendly matches, where they got three wins – over Blackpool (4-0), Brisbane Roar (2-1), Cagliari (6-2), also had a 1-1 draw with Crystal Palace, and lost to Aston Villa (0-1).

Wolverhampton shows stable results every season, as they should, being a solid mid-tier team. However, maybe it is this season when the Wolves will be able to show a different side and finally get a ticket to the European stage. In the summer transfer window, the club's management has not signed any big names. There's only one promising player, Nathan Collins, who previously played for Burnley.

The team managed to play six friendly matches in the offseason, but there were not many joyous moments. Wolverhampton twice won with a smashing score, Alaves and Besiktas (4-0 and 3-0), played two draws with Sporting and Farense (1-1 each), and suffered two defeats (at the hands of Levante and Villarreal B, 1-2 each).

It is pretty difficult to determine the favorite. If you go by the last season, the Wolves, of course, seem more suitable. However, not everything is so obvious if you consider the off-season preparation. To be clear, it's worth noting that the Peacocks have looked very decent in their last two head-to-head encounters. They were able to take points from Wolverhampton at home by drawing 1-1, but on the road, they were a little unlucky (2-3). It may be noted that there were plenty of goals in those matches, and, in our opinion, there will be just as many in the upcoming game. Overall, we think the opponents can exchange goals at least once.