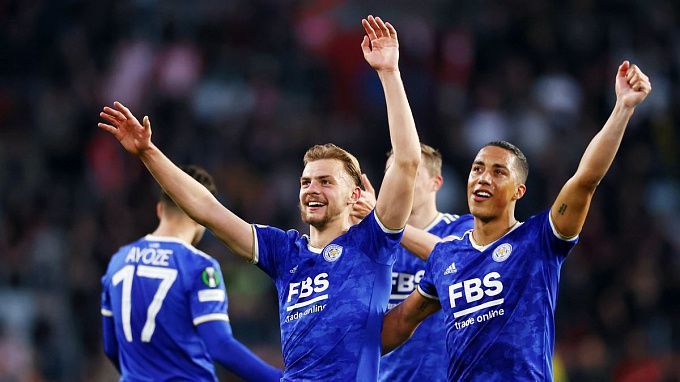 Prediction for Leicester vs Aston Villa in round 34 of the English Premier League which will take place on 23 April. Check the team conditions and choose several betting options.

Leicester began to neglect the points at a terrible time. First, the Foxes lost 1:2 against Newcastle United and then drew 1:1 with Everton, who are struggling for survival. If the team had earned six points instead of one, the gap to seventh-placed West Ham would have narrowed considerably. Since that has not happened, Leicester is 11 points behind the Hammers with two games to spare. The hosts will meet with a relatively passable opponent in the upcoming match, where they have to win; otherwise, you can forget about the European competition.

Aston Villa is an average mid-table side in the EPL. The team has no tournament motivation, as they aren't even close to the relegation zone and certainly not to the European competitions. So, in 31 played rounds, the Lions have earned 36 points, thanks to which they settle for 15th place in the standings. The last four games have been highly disappointing for them. They suffered four defeats, with a total score of 2:9 (1:2 from West Ham, 0:1 from Arsenal, 1:2 from Wolverhampton, and 0:4 from Tottenham).

The bookmakers have made an excellent choice, favoring the visitors. However, that will only play to our advantage. Aston Villa's best chance in the upcoming game is a draw, but even that is unlikely. Leicester only needs a win in the upcoming game, and we doubt that in a match against an outsider, they will miss the opportunity to earn three points. All in all, we suggest betting on a handicap (0) for the home side.