Leicester City vs Brighton: Will the Foxes Right Themselves? 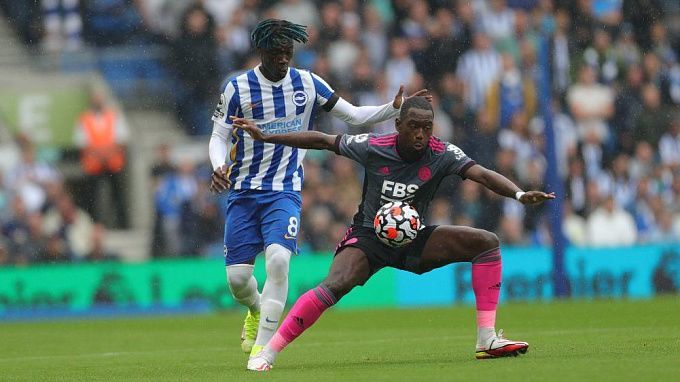 This week, Leicester had a cruel slap by Tottenham, losing the win in the match's final minutes. Now the Foxes face a home game against Brighton. Will Brendan Rodgers' charges be rehabilitated, or will Graham Potter swat Leicester for the second time this season?

Leicester was one of the primary victims of omicron. Only this midweek, the Foxes played their first match in the EPL this year. They lost to Tottenham (2:3), conceding two goals in the final minutes of the penalty shootout. Before that, Leicester knocked Watford (4:1) out of the FA Cup, who also suffered from sick players. Despite the Foxes' extended quarantine, the number of players in the infirmary is still high.

Brighton has a five-undefeated streak. They have beaten Brentford (2:0) and Everton (3-2) and also had two draws with Chelsea (1:1 each) and Crystal Palace (1:1). Moreover, in the games with Chelsea, Brighton possessed the ball more and attacked more often. No wonder the Seagulls have moved up to ninth. The gap from 11th-placed Leicester is four points.

Thirty-nine head-to-head meetings have been played between Brighton and Leicester. Leicester leads with a score of 19-13. During Brighton's stay in the EPL, since 2017, the Seagulls managed only once to take the upper hand against the Foxes. It happened last September at the Amex when the Seagulls won 2:1. Leicester hosted Brighton at home in the English League Cup a month later, when the hosts won on penalties. The last meeting at King Power in the APL ended with a resounding 3:0 victory for the Foxes.

We believe that the game will be productive because both teams have an offensive style. Leicester still has a common defence, do not forget the last meetings between these clubs. In this regard, we recommend betting on a total over 2.5 goals. Also, we believe that the guests from the south of England will be closer to the victory, as they have a more balanced and high-quality game.

In conclusion, we think that the decisive goal will be scored from the 78th to the 90th minute, including the compensatory time. Leicester knows how to let their guard down at the very end of the game, as proved by the recent case with Tottenham. Brighton tends to escape defeat in the final minutes.