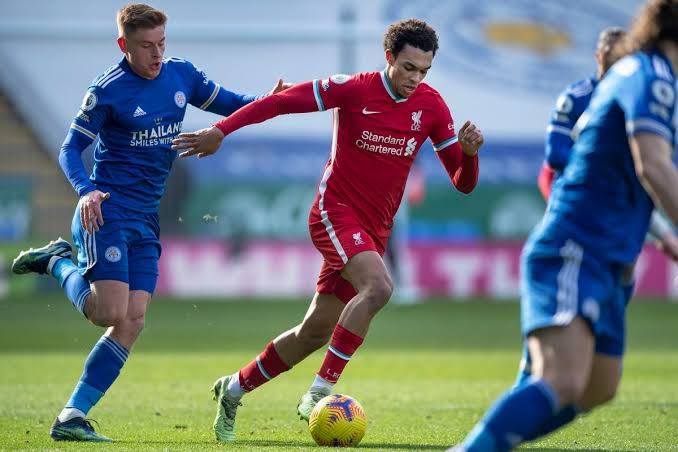 After a closed combat six days ago between both sides in the EFL, they go against each other again in a contest that means everything to the Foxes.

Brendan Rodgers side are currently tenth on the log with just one win in five matches. Their last time out was a slap in the face after they were battered by the league leader. It was a feast of goals in the first half, as Manchester City led by 4-0. The Foxes showed some good character in the early hours of the game after three quick goals, it was a dime a dozen for the away team as they responded with two more goals to frustrate the away team. Indeed, it was a bad day for Youri Tielemans as he gave away two penalties.

Leicester City showed some enthusiasm in the second half and that tells me there are more to the team than the display at halftime.

Title contender Liverpool have been in blistering form, with just one loss in eleven matches. They need to acquire all the available points before the departure of their star players in Salah, Mane, Keita to the AFCON tournament early next year.

The reds are buzzing as CAF recently confirmed that African players are still allowed to play for their different clubs until the 3rd of January.

With one of the best attacks in the world and the resurgence of Arnold, they might embarrass Leicester City on their ground.

The two sides met six days ago in a match that saw Liverpool come from 3-1 down to salvage a draw before proceeding to win on penalties.

This encounter has seen over 2.5 in the last five meetings.

Liverpool has scored at least two goals in their last eleven away matches.

With these two teams locking horns again, I suggest it's going to be a goal galore at the King Power stadium.

Liverpool is going to come on top in this encounter except for unforeseen circumstances. We are backing Liverpool to score over 2.5 goals.

If Leicester City can emulate the kind of spirit they showed in the second half of the last match, then it's going to be a battle of who is going to score more.

It's inevitable to stop Salah from scoring.