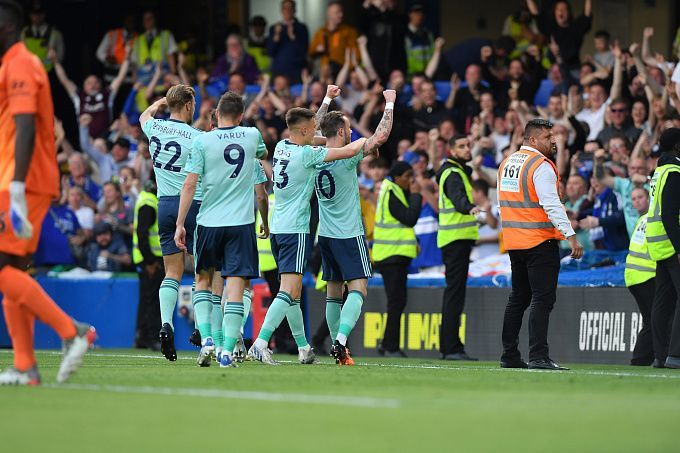 Prediction for the EPL Leicester City vs Southampton match, which will take place on May 22. Who will turn out to be stronger? Check the team conditions! Several betting options are available.

After two confident victories over outsiders Norwich City (3:0) and Watford (5:1), Leicester City went to Chelsea. Brendan Rodgers' side made a great start at Stamford Bridge and took the lead due to a Maddison goal. However, in the first half, the club let their opponents level the scores. After the break, the teams were held scoreless, with the game tied at 1:1. Leicester sit ninth in the EPL standings with 49 points.

After the 2:2 draw with Brighton, Southampton failed to gain any points in their next three matches in the English league. Ralph Hasenhüttl's team lost to Crystal Palace (1:2), Brentford (0:3) and Liverpool (1:2). The Saints have 40 points remaining. At the moment, Southampton occupies 15th place in the EPL standings.

Leicester City managed to improve in the final phase of the EPL season. In the last three matches Rogers' team earned seven points. At this stage of the season, the Foxes look better than Southampton, who have a noticeable playing crisis. We believe that the home team can prove their status as a favorite and gain three points. Leicester City will finish the Premier League campaign in the top ten.