Leicester vs Crystal Palace: The second half will be more productive than the first 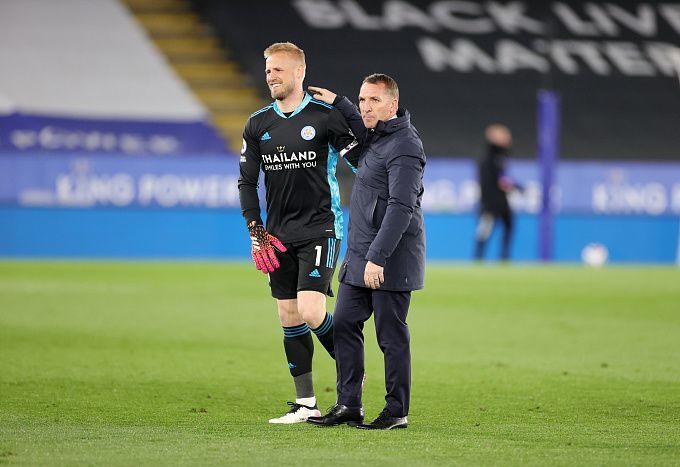 Leicester face Crystal Palace at home in the 33rd round of the English Championship. Having recently lost points, Brendan Rodgers’ side has an opportunity to get closer to the Red Devils. Will Leicester take that chance?

After defeats to Manchester City and West Ham, Leicester delighted their fans with a good performance against Southampton. Brendan Rodgers’ side beat them 1-0 to reach the FA Cup final. The Foxes were then back on the winning track in the Premier League. The club’s opponent was West Bromwich Albion. Leicester players scored three unanswered goals against the Albion. Leicester are third in the EPL table with 59 points.

After beating West Bromwich 1-0, Crystal Palace had two difficult games. First, at Goodison Park, the Eagles drew 1-1 with Everton. This was followed by a home game against Chelsea. Crystal Palace failed to put up a decent challenge for the Blues and suffered a harsh 1-4 defeat. With 38 points, the London club are 13th in the Premier League table.

- In the last four home games of Leicester against Crystal Palace in all competitions, the bet “TO 2.5 goals” won;

- In five of Leicester’s last six home matches in the English Championship, the bet “TO 2.5 goals” won.

Manchester United have lost points in this round of the English Championship. Rodgers’ side has a great opportunity to get a little closer to their rivals in the battle for second place in the table. The previous head-to-head encounters between Leicester and Crystal Palace at the King Power Stadium have been quite productive. We can expect interesting action from the home side in attack and counterattacks by the visitors. We expect a productive game on the Foxes’ pitch. It’s also worth mentioning an interesting fact about their recent encounters. 11 of the last 12 goals were scored in the second half.