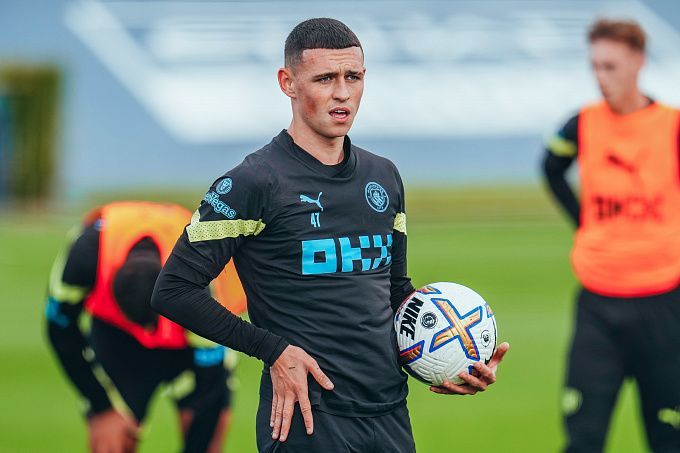 Manchester City will host Southampton at home in round 10 of the English Premier League. Will Southampton's players be able to put up another fight against the Citizens in the league?

Last week Manchester City also played at home against their neighbors United. In this encounter, Pep Guardiola's team showed attacking masterclass and won with a tennis score of 6-3. Erling Haaland and Phil Foden scored hat-tricks for the Citizens. Man City remain second in the English Premier League table, one point behind Arsenal. This week, Guardiola's side picked up another solid win in the Champions League as they scored five unanswered goals against Copenhagen at home.

After beating Chelsea 2-1, Ralph Hasenhüttl's team slowed down. Southampton did not score a single point in the next three games. The Saints lost on the road to Wolverhampton and Aston Villa (both 0-1), while suffering a home defeat at the hands of Everton (1-2). Southampton sit 16th in the English Premier League table with seven points.

In the previous EPL season, the Saints gave battle to the Citizens in both games. There was a zero draw at the Etihad, while the teams scored one goal each in Southampton. The teams also faced each other in the quarterfinals of the FA Cup. In this game, Man City left no chance for their opponent and won by a major margin of 4-1. In total, the clubs have played 98 matches against each other. In terms of victories, City is ahead, 39-32.

Manchester City have simply destroyed their opponents in recent matches. Erling Haaland continues to surprise everyone with his productivity, definitely the Southampton defenders will have to jump over their heads to stop the Norwegian goal-scorer. Man City will be highly charged for another win in the tournament given their recent draws against Southampton. Naturally, the Citizens do not want to suffer a third consecutive setback against Southampton in the EPL. We suggest considering the following betting options for the next match: