Manchester City vs West Ham: A tense game in Manchester 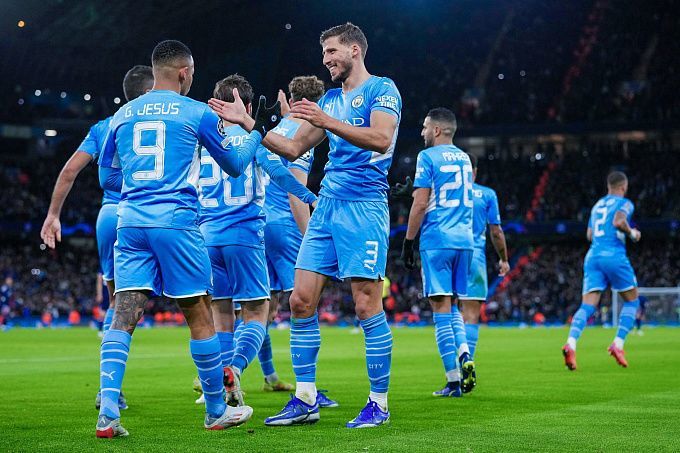 Manchester City will face West Ham United in one of the key matches of the Premier League round 13. Will Guardiola’s team manage to avenge the EFL Cup loss?

Since the loss to Crystal Palace, Manchester City has managed two solid victories. First, Pep Guardiola's side took on Manchester United 2-0 on the road. Then, the Citizens left no chance for Everton at home, scoring three unanswered goals. Manchester City have 26 points on their 12-match winning streak. They are third in the EPL table, three points behind Chelsea that lead the standings. This week, Man City managed to play a home game against PSG in the group stage of the Champions League – a 2-1 victory.

In the previous weekend, West Ham failed to extend their positive streak in the English Premier League. David Moyes' team played at the Molineux Stadium against Wolverhampton. The Hammers did not mark the best qualities and suffered a 0-1 defeat. Twelve matches played, the club has 23 points. West Ham United dropped to fourth place in the EPL standings. In the midweek, West Ham showed a confident away performance in the Europa League group stage, claiming a 2-0 victory over Rapid Wien.

West Ham and Manchester City have already faced each other this season – in the 1/8 finals of the EFL Cup. David Moyes's team celebrated the victory in the penalty shootout. As for the latest head-to-head encounters in the EPL, the previous campaign witnessed the Citizens beat their opponent 2-1 at home. The game in London did not reveal the winner (1-1). In total, the clubs have met in 116 games. Manchester City has had more wins, 60-37.

It’s going to be the third home game in a row for Man City. West Ham is sure to have a tough time after playing in Austria. The home team will be slightly better prepared physically. We should expect Pep Guardiola's players to be very active. It is unlikely that the coach and the Man City players have forgotten their last defeat to West Ham in the EFL Cup. Of course, the home team will do their best to take revenge at home. In case of a positive result, the Citizens will have the same number of points as Chelsea, who will play later with Manchester United.

I suggest considering the line with yellow cards for the upcoming game. West Ham has already proved several times in the current campaign that they can be a real headache for opponents. We should also expect a tough match in Manchester. Apart from that, you can bet on Total Under.