Manchester United vs Arsenal: Will the Gunners rise to their favorite 4th place? 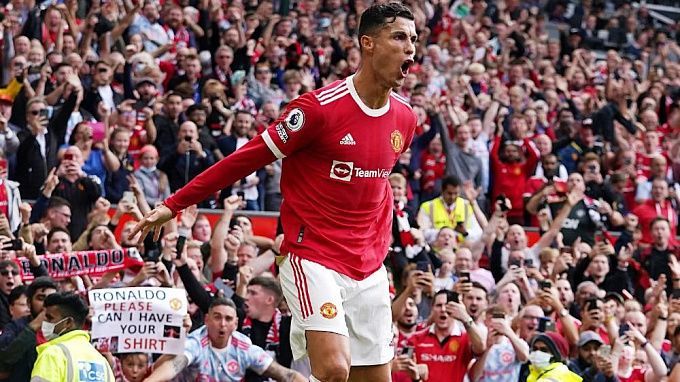 The centerpiece of round 14 is the match between Manchester United and Arsenal. Will Michael Carrick disappoint the Gunners one last time before Ralf Rangnick arrives?

Under the caretaker manager Michael Carrick, Man United have gradually started to climb out of the hole that Ole Gunnar Solskjær put them in. The Red Devils earned a tough and important away win over Villarreal 2-0. And last weekend, Manchester United managed to snatch points from league leaders Chelsea with a 1-1 draw at Stamford Bridge. Against the backdrop of a winless game against Liverpool and Man City months earlier, United's current performance under Carrick does work. In addition, any adjustments from the Englishman are now bringing confusion to the opponents' plans.

A 2-0 victory over Newcastle helped Arsenal recover from a 0-4 blowout by Liverpool. Arsenal are now tied on points with West Ham, who are in fourth place in the league. With one more win, the Gunners could come back to their favorite fourth place. But Brighton must once again take points from the Hammers. Nevertheless, Mikel Arteta was able to restore the balance, allowing his team to take points where they simply have to.

This great confrontation has a history of 235 face-offs. United continues to lead in it with a score of 97-85. However, it was only once that the Red Devils have won in recent years with the departure of Jose Mourinho. And that was in the 2019 FA Cup. And in the EPL, there have been two outcomes, either a draw or a victory for Arsenal. So the last encounter at Old Trafford ended with a narrow victory for the Gunners (1-0). And the return leg in London ended in a nil draw, with the visitors closer to the victory.

We believe that under Carrick, Man United will act cautiously and pragmatically, as the team has yet to find the balance. Arsenal will build on what they have, so they won't be chasing a lot of goals like Liverpool due to the average selection of players. Therefore, we are inclined to bet on Total Under (2.5) for 2.10 from bet365.

We also believe in the element of surprise from Carrick, namely that Mikel Arteta doesn't know what to expect from the current Man United. Will Cristiano Ronaldo take the field or not, for example? No one knows. Especially in the example of the match against Chelsea, you could see that the team plays better without him than with him. That is why we believe in the victory of MU, which is estimated at odds of 2.05 from 1xbet.

Finally, we believe that Ronaldo will score his 800th goal, as he was really fond of tearing up the Gunners’ defense under Sir Alex Ferguson. The current Arsenal defense is certainly not better than the one Arsene Wenger had 10-15 years ago. Betway gives odds of 2.16 for his goal.