Manchester United vs Crystal Palace: Rangnick's first win at the helm of the Red Devils 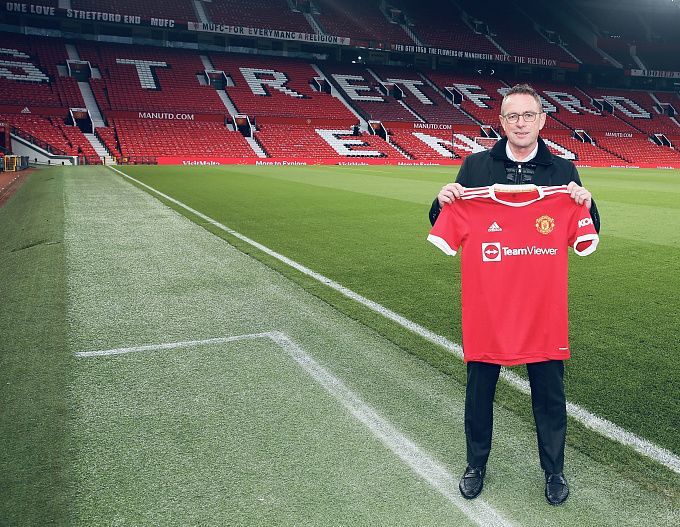 Following the resignation of Ole Gunnar Solskjær, Michael Carrick was named the caretaker manager. Under the guidance of the English specialist, the Red Devils have played three games. First, the Mancunians have been successful in the Champions League – an away win over Villarreal 2-0. In the EPL, the Red Devils drew 1-1 away with Chelsea and then defeated Arsenal at home (3-2). Currently, Manchester representatives have 21 points on their book, sitting 7th in the Premier League standings.

After successful performances against Manchester City and Wolverhampton (2-0 wins) Crystal Palace scored only one point in the next two matches of the English championship. Under the leadership of Patrick Vieira, they drew 3-3 with Burnley and suffered two defeats. The team failed to produce their best performances against Aston Villa (1-2) and Leeds United (0-1). 14 matches played, the Eagles have 16 points. At the moment, the London club is on the 11th line in the EPL table.

Crystal Palace shocked Manchester United at Old Trafford last season. The Eagles outplayed the Red Devils 3-1. In the second round, the teams did not delight with productive action in the capital of England. The clubs met in a total of 59 games in all competitions. Manchester United are ahead by the number of wins, 38-9.

This will be the first game for Ralf Rangnick at the helm of Manchester United. In a pre-match interview, the experienced German specialist has already noted that he is satisfied with the current selection of players. It is also worth noting the coach's words about the importance of Cristiano Ronaldo. In the current season, Man United have already won several important matches thanks to the Portuguese striker's goals.

For Manchester United, the upcoming encounter will be quite crucial for several reasons. To begin with, the Devils have lost to Crystal Palace at home in the last two EPL seasons. In addition, the club definitely wants to win under a new coach. In the current EPL campaign, Manchester United have already lost a lot of points, so the team needs to return to the leading group. I believe that this time Manchester United will be able to deal with the Eagles, but the meeting will be not easy for the Mancunians. I suggest the following options to bet on: