Manchester United vs Southampton: Many Corners & Guests Not To Lose 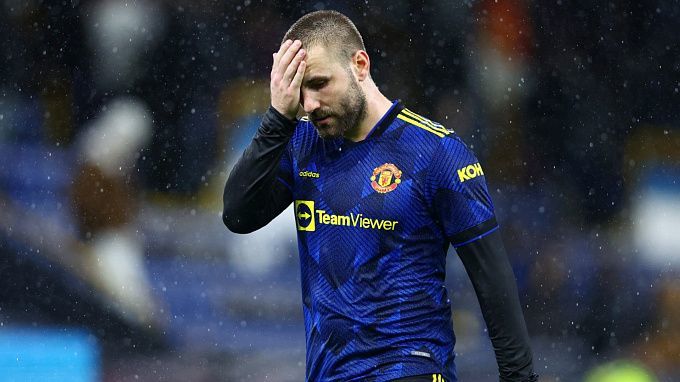 Manchester United will take on Southampton in round 25 of the English Premier League. This is the second consecutive away game against a strong opponent for the Saints. Will Southampton be able to pull off another sensation?

Manchester United resumed the season terribly. First, the team was unable to translate the game advantage into a victory over Middlesbrough. The loss in the penalty shootout and the departure from the FA Cup. Ralf Rangnick's players went on to visit Burnley and could decide the outcome before the break. After Pogba's goal, Rashford and Cavani failed to convert their chances. After the break, Burnley scored with their first shot on target and the game ended in a 1-1 draw. Manchester United are sixth in the EPL table with 39 points. They are one point behind fourth-placed West Ham United.

Southampton are doing well after the break. Ralph Hasenhüttl's side first beat Coventry City at home (2-1) to advance to the FA Cup last eight. Next, the Saints had a very tough trip to Tottenham. Southampton finally succeeded in breaking their losing streak on the road against the Spurs. The Saints had a strong last stretch of the game and won 3-2. With 28 points, the club is sitting 10th in the league standings.

In the first half of the EPL, the away game against Southampton was very difficult for Man United. Fred scored an own goal in the first half before Greenwood equalized after the break. However, it was de Gea who came closest to clinching the win. De Gea had to come on for the Mancunians on a couple of occasions in the closing stages of the game - 1-1. The clubs have met in 130 games in all competitions. In terms of wins, the big advantage is with the Devils, 67-28.

It's hard to pick a favorite in this match. MU has already proved in recent seasons that the selection of class performers alone does not make the result. Under Ragnick, the team is trying to be more active in attack, increasing the tempo of the game, but the errors in defense are still unresolved. Maguire has been very weak in the current campaign, you can hardly recall a game in which the Man United captain did not commit gross errors.

One thing is certain: we cannot regard Southampton as the underdogs in the upcoming game. There's often a huge number of corner kicks in matches involving the Saints. I suggest taking corners (before the break) as the main betting option. Man United will go forward, Rangnick will again choose the attacking tactics, which can still lead to dangerous counterattacks by the guests.

I also suggest considering BTTS & Total Over. Manchester's main defenders again will not allow their best player David de Gea to make a clean sheet in the EPL. As a third option, we can choose "Southampton Not To Lose", now the Saints are in good condition, and a snatch win over Tottenham in the end will definitely give confidence to Hasenhüttl's players."It's been a long time since they were afraid at Old Trafford.