Norwich City vs Brentford: The teams will exchange goals 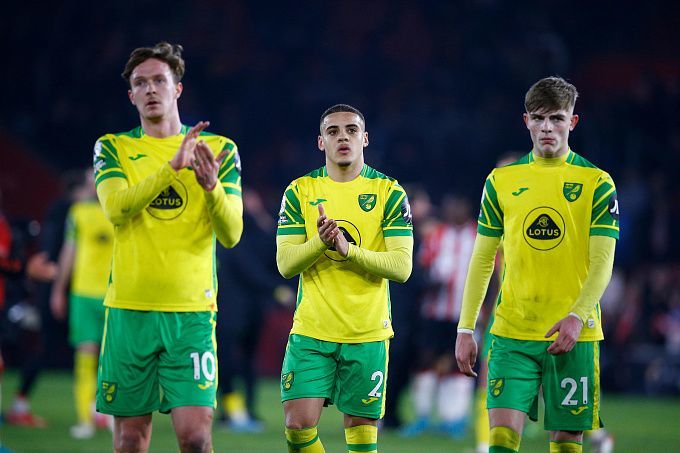 Norwich City will play host to Brentford in round 28 of the English Championship. Both clubs are far from their best form. Who will be able to put their disappointing streak behind them?

After a 1:1 draw with Crystal Palace, Norwich City have had a disappointing three games in the EPL. Dean Smith's side lost to Manchester City (0:4), Liverpool (1:3) and Southampton (0:2). The Canaries sit last in the standings with 17 points. Norwich City finished this week in the FA Cup, losing away to Liverpool 1:2 in the round of 16.

Brentford's last opponents in the English league were Newcastle United. Thomas Frank's side could not compete with Newcastle United, who were in good form. As a result, the team lost 0:2 to the Magpies. In 27 appearances, Brentford has 24 points on their books. At the moment, Brentford is 15th on the EPL table.

Norwich City and Brentford can't boast reliability in defence this season and are among the worst on the list. Both clubs approach the encounter with a poor streak in the EPL. We shouldn't be surprised if we see some productive action from both teams. We would also suggest considering the possibility of Norwich City not losing a home game, which will be a total over.