Nottingham Forest vs Bournemouth Prediction: Foresters not to lose 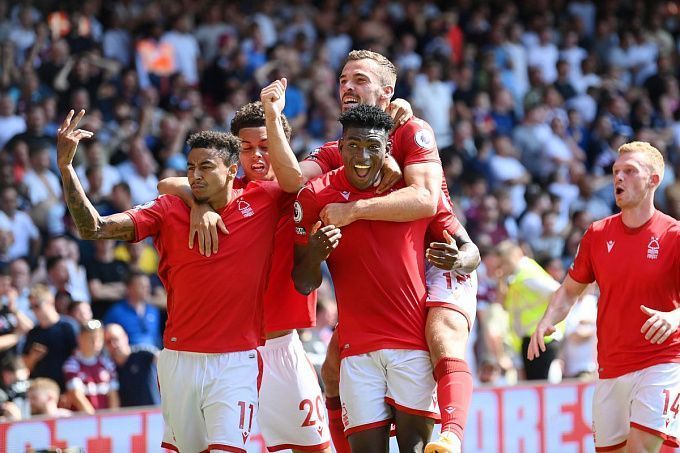 Nottingham Forest will take on Bournemouth in round 6 of the English Premier League on September 3, 17:00 (UTC+3). Let’s see how the opponents are doing & what the best bet is. There are several options for you to bet on.

At the start of the new EPL season, Nottingham Forest have established themselves as a relatively strong team. They have suffered three defeats in five fixtures but they have been fit except for their last game which saw them lose to Manchester City by six goals without scoring once. Among memorable thins, there are Forest's 1-0 win over West Ham and a 1-1 draw with Everton. As for the position in the EPL table, they are 15th with four points under their belt, only one more than the team topping the relegation zone.

Bournemouth was quite cheerful in the first round, defeating Aston Villa 2-0. After that, they suffered three straight lossess with a total score of 0-16, which is quite deplorable. In the last game, the Cherries managed to break the unlucky streak with a nil draw against Wolverhampton. Thus, Bournemouth are 16th in the table and have the same number of points as their upcoming opponent (four).

It's hard to decide on a favorite, as both teams played in the Championship last season and failed to impress at the start of the EPL campaign. However, Nottingham have a home advantage, which could play a key role in this confrontation. The Foresters have been losing to the Cherries for four games in a row, but after a humiliating three-game losing streak, Bournemouth are drained. With this in mind, we suggest betting on hosts' double chance, strengthening the odds with Total Under.

Prediction: Nottingham Forest Not To Lose + Total Under (3.5).