Southampton vs Norwich City: Will the Saints' Win Streak Extend? 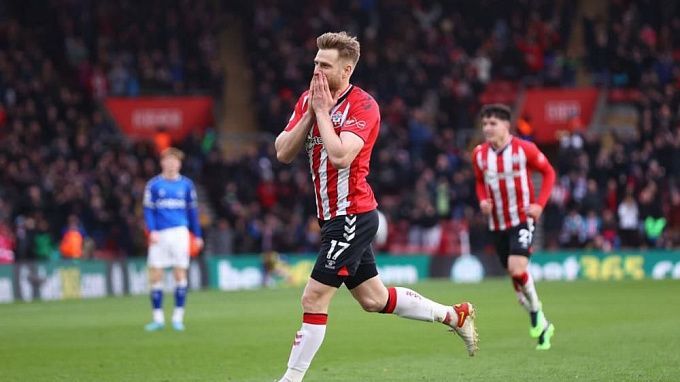 Southampton and Norwich will be the opening fixtures of Week 27. The Saints have not lost in a month, while the Canaries are winless in their last three matches. Whose side will prevail?

Southampton is on a four-game unbeaten streak. It all started with a 1:1 home draw with Manchester City. Then, they earned a win over Tottenham in London (3:2). Three days later, there was an away draw against Man United (1:1). Last weekend, the Saints beat Everton 2:0 at home. The Toffees didn't send a single shot on goal of Southampton. Thus, Ralph Hasenhüttl's men moved up to tenth place in the EPL standings.

After the break, Norwich did not gain a single win and moved back into last place. First, it was a draw with Crystal Palace (1:1). Then they encountered the bitter defeats to Man City (0:4) and Liverpool (3:1). Unsurprisingly, the Canaries have fallen back to where they started their journey to the survival zone. They're five points behind 17th-placed Newcastle despite the Magpies having one game in hand.

Southampton and Norwich have met 88 times. The Saints lead 32-30 in head-to-head encounters. The first-round match ended in a 2:1 victory for the Canaries. The Saints won the last three games before by a cumulative score of 6:1.

Southampton has conceded in 13 of the 14 matches. Norwich managed to hit Liverpool's goal at Anfield. In this regard, we offer a bet "both to score."

We are also positive about the home team that fights back against the seasoned clubs and outplays them. So we consider the Saints' victory with a one-goal handicap. In conclusion, we think that the hosts will have the territorial advantage, and therefore we expect their advantage in the number of corners. We recommend a 2.5 standard handicap in favor of the Saints.