Tottenham vs Southampton: the Spurs to Beat the Saints for the 7th time 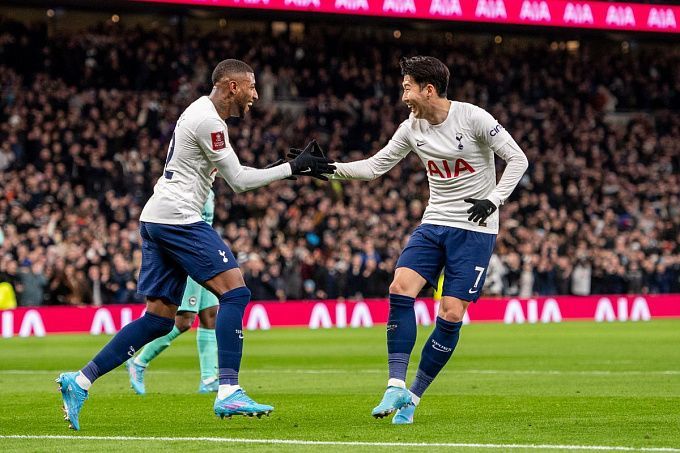 Tottenham will host Southampton. The next meeting between the clubs will be held within the 24th round of the EPL. Will the Saints fight against Spurs again?

Tottenham's last opponent in the English championship before the break was Chelsea. Antonio Conte's charges again failed to compete with the Aristocrats and suffered a 0:2 defeat. Currently, the Spurs are sixth in the table in the EPL. The Londoners have 36 points. Conte's team is just two points behind the top four. Last weekend, Tottenham beat Brighton 3:1 at home and qualified for the FA Cup last 16.

Southampton also impressed us by reaching the last 16 of the FA Cup. The team met with Coventry City from the Champion's League. This meeting was quite tricky for the Saints, who scored the decisive goal only in extra time - 2:1. The club's last opponent in the EPL was Manchester City. For the second time in the current campaign, Ralf Hasenhüttl's squad earned points from the leader - a 1:1 draw. With 25 points, Southampton is in 12th place in the standings.

In the first round of the EPL, Southampton put up serious resistance to Tottenham at home. The main events of the meeting were held before the break. Ward-Prowse put the Saints in front before cutting the lead to ten men (Salisu's sent-off). The Spurs restored the status quo thanks to Kane's goal - in the end, it was a 1:1 draw. The clubs met in 131 matches in all competitions. In terms of wins, the advantage for the Londoners is 60:39.

Tottenham has good statistics in recent home games against Southampton. In addition, the Saints themselves still can't improve the game in the away game. Here is an interesting statistic: Tottenham is the only team in the current EPL campaign, which had not lost a single point at home (six wins) when considered the clear favorites, according to bookmakers. I believe that Antonio Conte's charges will extend this streak. Tottenham still has a great chance to compete with Liverpool and Chelsea for second place. Southampton will once again fail to score in the capital.