West Ham vs Brighton: Who will break the losing streak first? 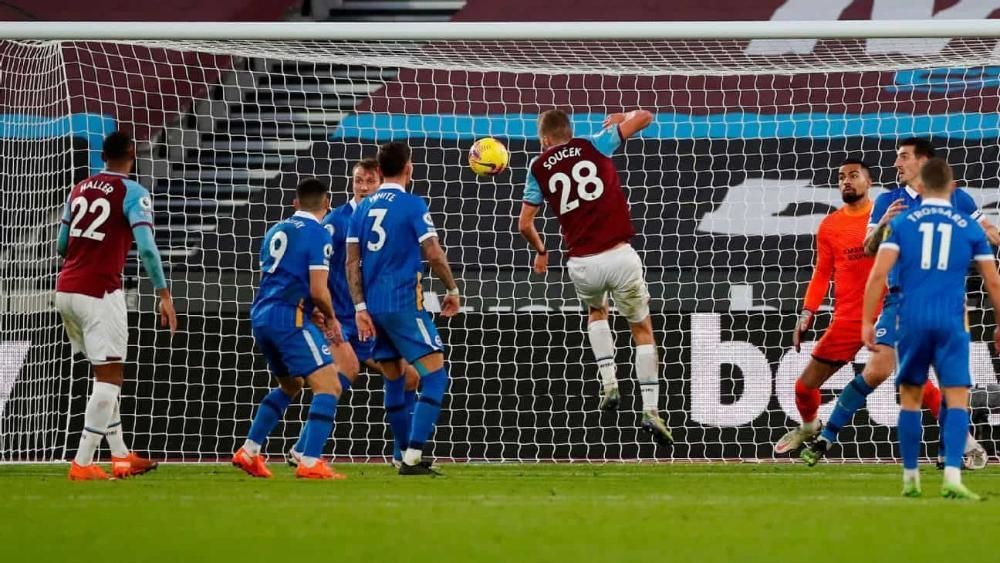 Neither side was able to win last weekend. Will West Ham disperse after a snowy trip to Manchester, or will Brighton score again?

West Ham retained their place in the top-four despite losing at the Etihad to Man City 1-2. The match was notable not because the Hammers possessed the ball 31% of the playing time but because of the sudden snowfall that did not interfere with the match. At last, the English teams experienced the pain of Russian football.

Thus, West Ham are seven points adrift of first place, while Arsenal are level on points with the Hammers. David Moyes’ side has no more margin for error.

Brighton cannot win for two and a half months. Eight rounds have passed in that time, and the Seagulls are still in the top half of the standings, but not in fourth, but ninth place. A 0-2 defeat to Aston Villa was followed by a nil draw with Leeds. Good old underdogs have returned to their home harbour in the south of England. Otherwise, we cannot explain why Brighton cannot win since mid-September, nor can they have scored five goals in their last eight games.

It’s time for West Ham to break their losing streak of two defeats. They need to play pragmatically and effectively in the attack against Brighton. The Seagulls are the right opponent to get back on track. Arsenal are especially breathing down the back of David Moyes’ side. Therefore, we recommend betting on the home side’s victory for 2.00.

We also recommend betting on Both teams to score - no, as Brighton are unlucky again in the decisive stage. And West Ham can play to hold on. Otherwise, they wouldn’t be in fourth place. Betway offers odds of 1.90 for this betting option and 1xbet gives odds of 1.84.