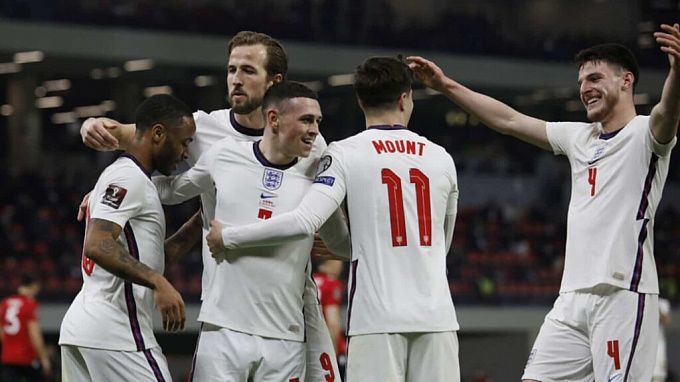 Prediction for the between England and Switzerland on March 26. Who will be stronger in this match? Check the team conditions and choose several betting options.

After a devastating defeat to Italy in the Euro 2020 final, the England national team have performed well in the World Cup qualifiers. The English had a tough group of teams as Poland, Albania, Hungary, Andorra and San Marino. They have earned 26 points after ten games, securing a direct ticket to Qatar. In the last game, England beat poor San Marino, scoring ten unanswered goals.

Switzerland has pleasantly surprised in World Cup 2022 qualification. In the quintet with Italy, the first place is commendable. There's not much to say about the other teams. It was initially clear that Lithuania, Bulgaria and Northern Ireland could not put up much of a fight against the Swiss. In their last three games, Switzerland have twice defeated their opponents Lithuania and Bulgaria (4:0 each) and in between those victories, they drew 1:1 with Italy.

Two powerful teams will meet in this match. The English side looks preferable to the Swiss. Both sides have been handed direct tickets to Qatar, and as a result, we'll be seeing the work by the head coaches. Over the last four head-to-head encounters, there has never been a total over. We don't think this game will be an exception. Prediction: Total Under (2.5).