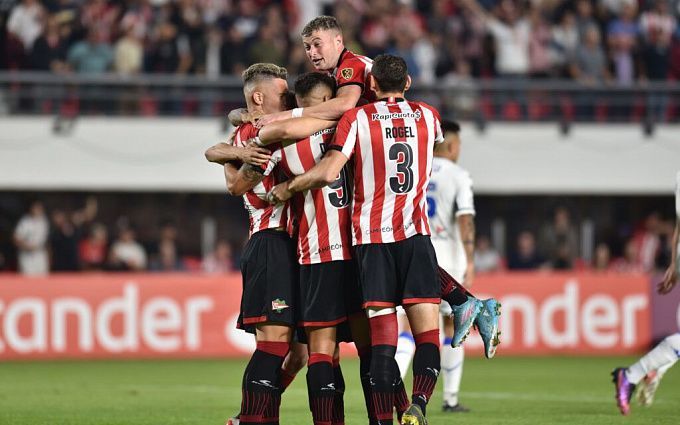 Estudiantes, one of the Group B leaders, will take on Central Cordoba, the group middling. The teams have a long-standing rivalry, and the field has not always been the most important factor in determining the winner. Bookmakers still favor the home team, who are off to a great start in the Copa Libertadores.

Estudiantes made it to the group stage of Copa Libertadores by beating Chile's Everton De Vina 1-0 at home. After handling the Chileans, the Rat Stabbers played three matches in the current league, ending up stronger than Puerto Nuevo, drawing with Gimnasia y Esgrima and Godoy Cruz. As a result, the future hosts are second in the championship standings, behind the leading Tigre only on goal difference. Overall, in eight games played, Estudiantes has four wins with three draws and one loss, goal difference 15-12, quite high-scoring. Estudiantes' home stats are second in the division, with three wins and a loss in four games, a 7-5 difference.

Central Cordoba played two games in April. Immediately after the international break, the guests-to-be played on their field a 2-2 draw with Huracan in the Primera Division, and four days later the guests-to-be left Copa Argentina, losing in a penalty shootout to Gimnasia de Jujuy. After eight games played, Central Cordoba are eighth in Group B out of 14 teams, with a goal difference of 8-8. On the road, Central Cordoba has the fifth stats in the group, no loss in four games with one win, three draws and a goal difference of 3-2.

We have drawn attention to the fact that Estudiantes are a fairly productive team, going for TO (1.5) in the last four matches, and their last two games saw TO (4.5). Estudiantes need a victory to stay in the top-3. However, Central Cordoba is not the most convenient opponent for the future home team, so the first bet we suggest is a cautious combo in favor of the home team: 1Х+TO (1.5) for 1.85 at the line of 1xbet & 22bet.

The second bet will be a clean win for the future home team. Estudiantes perform well at home, and after a narrow defeat from Boca Juniors, the Rat Stabbers defeated Velez Sarsfield, were stronger than the Everton De Vina and Puerto Nuevo. We believe that Estudiantes will extend their home winning streak to 4 games. W1 for 2.20 at Bet365.