FC Rostov vs Spartak Moscow Prediction: the Red and Whites to Lose Points Once Again 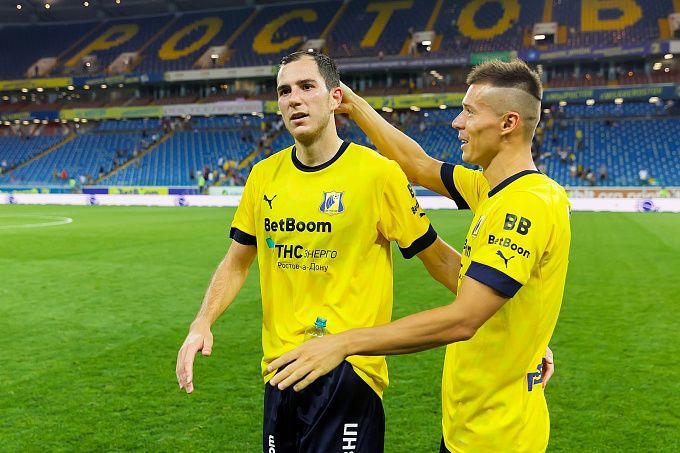 On September 11, Rostov-on-Don will host Round 9 match of the Russian Football Championship, in which the local Rostov will face Spartak. The start of the meeting is scheduled for 19:45.

Rostov is having a great season by their standards. Perhaps there is no question of fighting for the championship, but after last season, when the Yellow and Blues were in the relegation zone for a long time, they are doing much better. Suffice it to say that by the end of the eighth round, Valeri Karpin's wards still had not suffered a single defeat, and in several other games, they played in a draw, though they had excellent chances to win. But in the last match against Torpedo, the southerners looked very tough. Still, already in the compensatory time, the Rostov team had the opportunity to kick a penalty and then twice converted it, winning - 1:0.

Spartak is failing one serious exam after another. It seemed that they were on the rise after last season's disaster when Rui Vitoria and Paolo Vanoli combined to lead the Red and Whites to a final tenth place in the standings. It turned out not quite. While the Premier League schedule gave the club time and again games with the average squads and outsiders, they were among the leaders, and the fun with the top clubs began. As a result, defeats to Dynamo and Zenit - 0:1 and 1:2, threw Paolo Vanoli's team back to sixth place in the standings, although the gap from the leader is only four points.

Rostov has always played matches against Spartak with a serious attitude, even under Valeri Karpin. This is especially true for home games when in the last nine head-to-head encounters, the Yellow and Blues have won six times, there were two draws, and the Red and Whites were stronger only once. And in the upcoming confrontation, the chances of success are higher. The Moscow side also has severe staffing losses: Anton Zinkovskiy, Victor Moses, Martins Pereira, and Ruslan Litvinov.

The rivalry between Rostov and Spartak is very productive. In the previous eight head-to-head encounters, the opponents scored 28 goals (3.50 per game). Moreover, in the eight games, the Yellow and Blues have already had 22 goals (2.75 per game), and the Red and Whites had 26 (3.25 average). So the numbers suggest that the upcoming game will be an over one.

Nikolay Komlichenko has been Rostov's leading scorer in the current league for a long time, but it's now three games in a row where he's been without a scoring opportunity. It's time for other players to prove themselves, and one of the leading candidates is Dmitri Poloz. Compared to last season, when he scored 14 goals, his performance and playing time have decreased, but even under these circumstances, he has already shot three goals.