Bolivia vs Chile: The Green to win in a high-scoring match 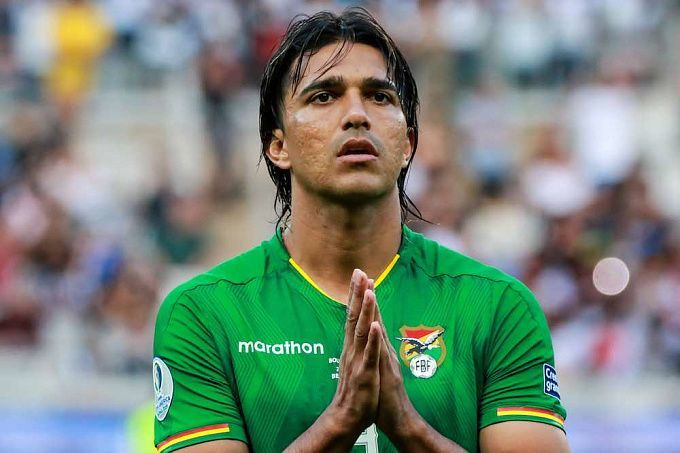 Bolivia and Chile played in a draw in the first face-off of the 2022 World Cup qualifying. Will the rivals be able to determine the winner in the upcoming confrontation? Our prediction: the Bolivians will be closer to success!

The Bolivia national team has failed the start to the World Cup 2022 qualifying. The first ten matches saw the Green gain only one victory, and that over Venezuela which also looks very weak, 3-1. Along the way, the Bolivians lost all four games in the Copa América with a combined score of 2-10, quickly ending their participation in the tournament. It seemed that the rest of the qualification to Qatar for César Farías's players will be a formality, but the end of 2021 witnessed the team gain three wins in four games, significantly improving the position. However, they lost to Venezuela (1-4) in the last round, dropping to eighth place in the standings.

The Chile national team has been a regular participant in world championships for decades, and the first setback came in qualifying for the 2018 World Cup. It seemed that it would be an opportunity to work on their mistakes, but in fact, La Roja continue to show very modest results. The 2022 World Cup qualification started abysmally for the Chileans, as they won only one game out of ten, and that was 2-0 against Peru. However, they managed to make up for that in autumn, winning three matches in a row: they beat Paraguay twice, 2-0 and 1-0, and once again they handled Venezuela 3-0. Things seemed to be getting better, but the last two rounds saw the team defeated by Ecuador and Argentina 0-2 and 1-2 respectively, which dropped Chile to seventh place in the standings.

Over the history, the teams have held 30 head-to-head encounters. There are five wins on account of the Bolivians, while the Chileans were stronger in 19 games, and another six games ended in a draw. The goal difference is also on the side of the Red One, 77-29. The opponents have met once in the current World Cup 2022 qualification, the match a 1-1 draw.

Bolivia is a team that has a huge advantage when playing home games, as they have to play in high altitude conditions, which they are already used to, but the opponents tend to have a very hard time. In the World Cup 2022 qualification, the Green scored 13 out of 15 points on the home field, but the Chileans play away very poorly: they have won only once in seven games, and it was twice that they shared points with their rivals, four other matches ending in a defeat. This factor will be the key now, so it begs the bet on the victory of the Bolivian team with the odds of about 2.45.

The Bolivia national team is well aware that they have very little chance to get to the final part of the World Cup 2022, so they don't hesitate to play attacking soccer and as a result, they score a lot, but concede even more. The 15 games the Green have played saw them score as many as 53 goals (3.53 average per game), which is a record in the current qualification. Obviously, the Chile national team has noticeably more modest stats, but the Red One should also show bright and spectacular soccer in the battle with the Bolivians, so the best betting option seems to be Total Over (2.5) at odds close to 2.10.

Marcelo Moreno continues to be the top scorer in the 2022 World Cup qualifiers. It is surprising for a Bolivia representative to lead in this category, but in his 34 years, the forward suddenly began to stamp goals in games for the national team. The veteran has already scored a total of nine goals in 14 meetings, and he has been particularly productive in home games, taking advantage of his physical condition. This is why it is worth considering to bet on Marcelo Moreno's goal at odds of about 2.75.