Brazil vs. Paraguay: the Brazilians to Justify the Status of the Favorite 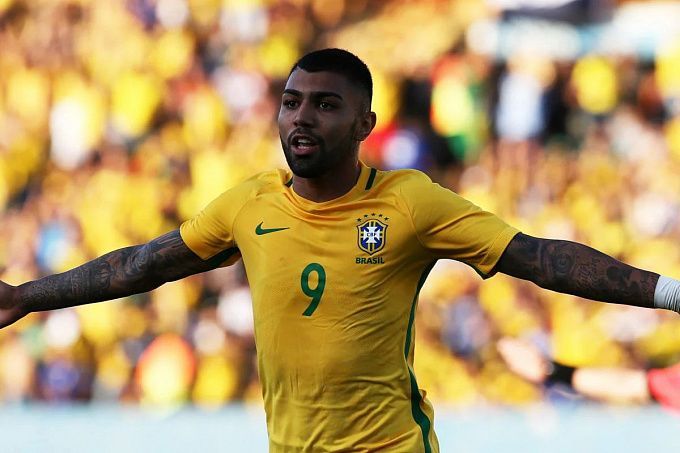 The Brazilians beat the Paraguayans in the first head-to-head match of the 2022 World Cup. Will Guillermo Barros Schelotto's guys get revenge in the upcoming game? Check the teams’ conditions and expert betting tips. Several betting options are available!

The Brazilian team has long ago been selected for the 2022 World Cup in Qatar, so now can prepare for the final part of the tournament, periodically checking the nearest personnel reserve. In a total of 14 meetings held, Tite's charges have won 11 victories and three draws, and in the first nine games, they have not lost a single point, but they are gradually losing the tournament motivation, which is why they began to make mistakes. First, the Pentacampeons shared the points with Colombia and Argentina and played a nil-nil draw. In the first game of 2022, they failed to disclose the winner with Ecuador - 1:1. Sure, all this does not prevent the Brazilians from leading in the standings.

The Paraguayan national team last qualified for the World Cup in 2010, after which it has missed two world championships, and now it will miss the 2022 World Cup in Qatar. The Red and White failed to qualify for the tournament, which began very well for them. In the first five rounds, they did not suffer a single defeat, which gave a chance for the final success, but then came the losses. The Paraguayans were particularly weak in their last five games, in which they scored only one point for a 0-0 draw with Colombia, and in their remaining four meetings, they lost by a total score of 0;8. Such poor results leave Guillermo Barros Schelotto's squad in last but one place in the standings.

Throughout history, the teams have played 48 official games. The Brazilians have won 24, the Paraguayans were stronger in nine games, and 15 matches ended in a draw. The goal-difference is also on the side of the Pentacampeons - 91:42. In qualifiers for the 2022 World Cup, rivals have already met once, and then the victory was celebrated by Brazil - 2:0.

The Paraguayan team is a historically unyielding team that strives to offer decent resistance to the Brazilians. Alas, the Red and White are in no condition to avoid defeat from the Pentacampeons. The Paraguayans have been winless in six consecutive encounters, but Tite's men continue to win points, and they have not lost a point in all six games on the home field. As a result, we bet on the victory of the Brazil national team with a handicap (-1.5).

The Brazilian national team is the leader in the World Cup-2022 qualifying tournament and scores the most. In 14 held meetings, Tite's charges have scored 28 goals (2.00 average per game), which is a decent indicator for South American soccer and in six home games, the Yellow and Green even scored 15 goals (2.50 average per game). There is no psychological burden for the Pentacampeons now as they have already guaranteed themselves a trip to Qatar, so they can easily fool around in front of their fans. The best option for the forecast seems to be an individual total of the Brazil national team over 2.5 goals.

Gabriel Barbosa is not very active in scoring as part of the Brazilian national team, but Neymar will not play, so the 25-year-old forward has an excellent opportunity to prove himself. He played 26 games for Flamengo in 2021, where he managed to score 20 goals, which is a solid result. Moreover, in the last six games for the club, he left the field only once without a productive action, which confirms his excellent form, so it is worth looking at the bet on Gabriel Barbosa's goal.