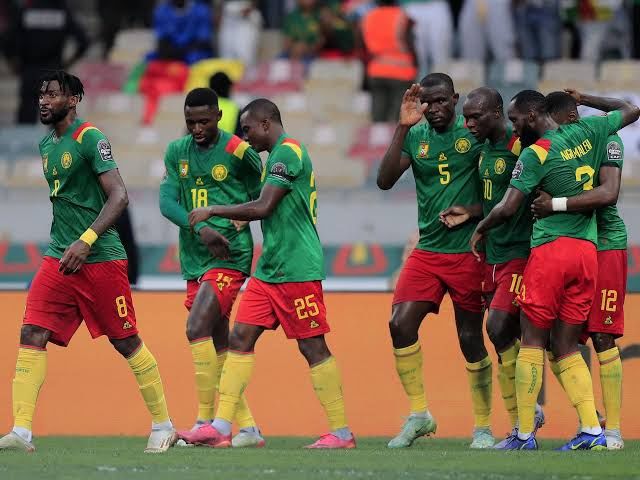 We have got ourselves a gem of a game when Cameroon welcome Algeria to the Stade Omnisport de Douala on Friday. The visiting team have had a disappointing outing at the just concluded AFCON tournament despite heading there as the defending champion, however, the home team will be pleased with their display after accomplishing third in the tournament. Can the visiting team bounce back against a very tough Cameroon side?

The Indomitable Lions sacked their coach Antonio Conceicao despite being the third-best team in the tournament, this shows how ambitious they are in qualifying for this prestigious event. In the history of Africa, no team has qualified more than Cameroon (9) times and (4) times successively in the continent.

They stumbled to a defeat against Egypt in the semifinals and almost lost third place to Burkina Faso, they let in two goals in the first half against Burkina Faso and the second half started with another goal for Burkina Faso , the introduction of Ekambi and Aboubakar changed the narratives as the highest goal scorer inspired his team to a 3-3 draw before seeing off Burkina Faso on penalties.

Ranked 38th by FIFA, Cameroon have no problem scoring goals as they have scored in ten out of eleven matches played in a competition.

The Desert Foxes had the worst title defence in the just concluded AFCON tournament and coach Djamel Belmadi needs to find solutions to his team's problem. They went into the tournament as the favourite not just as the defending champion but as the FIFA Arab Cup winner, however, they failed to live up to expectations.

Algeria were on 35 unbeaten runs before heading into the tournament but failed to qualify from the group stage as they finished rock bottom in a group that has Sierra Leone and Equatorial Guinea. Just one point from a possible nine scoring just once in that process.

The Desert Foxes are rated 43rd in the world according to FIFA and have won twice, drawn once and lost two times in the last five matches.

Two heavyweights champion vying for a ticket to witness FIFA World Cup will be brutal and intense as both teams have everything to prove in this match.

Cameroon are playing in front of their fans and this will be a massive boost for them, they have a mixture of young and experienced players and I believe they have everything in place to see off Algeria, bet on Cameroon to win for 2.11.

Algeria will be very cautious not to attack in mass as Cameroon have the likes of sprint masters Ekambi and Clinton Njie who can capitalize on their lapses at the back.

We don't know if the issue of Algeria not scoring we persist but we are sure the home team will score first here for 1.75.