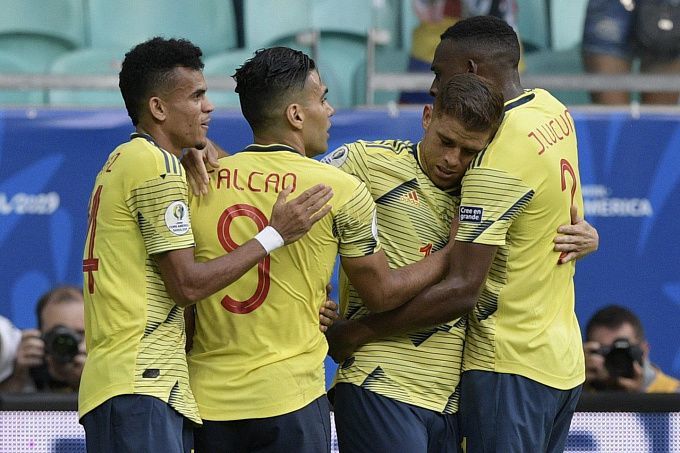 Colombia and Bolivia drew in the first head-to-head meeting of the 2022 FIFA World Cup qualifiers. Will the opponents be able to decide the winner at the end of the upcoming game? Our prediction is the Bolivians won't go down without a fight!

Colombia is one of the strongest teams on the South American continent, but they will probably not qualify for the 2022 World Cup. With two games to go before the end of qualification, the team is sitting just seventh in the standings, already four points behind the relegation zone. They could win only three times in 16 games, their last win coming on 10 September.

Bolivia is one of South America's most curious national teams. The last time they qualified for the World Cup was in 1994, but in the qualifiers for the 2022 World Cup they have been able to show an excellent game. The Greens were good in their home matches, but two consecutive defeats to Venezuela and Chile this winter deprived them of any realistic chance of making the top five. The Bolivians are now only eighth in the standings.

Colombia and Bolivia aren't the same teams in terms of skill level, but they are performing similarly in the current qualifying tournament. After 16 games, the Bolivians are only two points behind the Colombians, and their only head-to-head encounter has been a draw. We shouldn't expect the Coffee Growers to destroy their opponents in the upcoming match, as they have only won three times in their 25-match history of face-to-face encounters. As a result, we suggest betting on Bolivia to win with a handicap (+2.5) for 1.825.

The clash between Colombia and Bolivia promises to be rich in results. Both teams have only a theoretical chance of travelling to Qatar, so they can now enjoy some football. A total of 58 goals (3.63 goals per game average) have been scored in 16 matches involving the Greens. Therefore, we suggest betting on a total over 3.5 for 2.25.

Luis Diaz is gradually becoming the main star of the Colombian national team. He played the first part of the season for Porto, where he scored 14 goals in 18 games, but for the Reds he has already managed two goals in six meetings. Obviously, the Colombian is in great form at the moment, so it is worth looking at a bet on Luis Diaz's goal for 2.